Nigerian musician, Davido has led some others to protest against SARS and for the release of protesters held by the police. 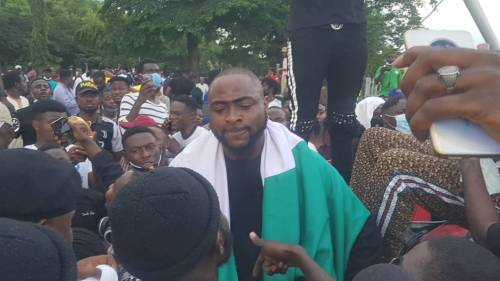 Davido protesting in Abuja
The moment Nigerian singer, Davido led protest against the Special Anti-robbery Squad of the Nigeria police has been captured on tape.
It was gathered that the musician also demanded the release of some protesters who were locked up.
During the movement, he led some other Nigerians to beg for the release of 20 innocent protesters.
As Davido marched along with his boys, the police officers made a strange move, and Davido almost ran away from the scene. He however stopped when he discovered that he was safe. 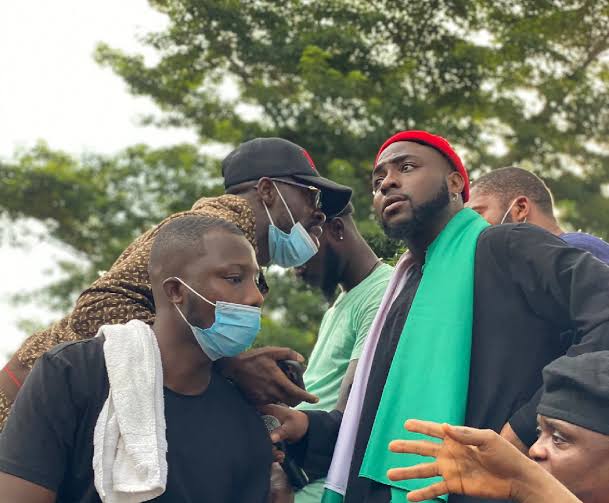 Afterwards, he went down on his knees and begged them to release the protesters who did nothing wrong to deserve being locked up for a long time.
Watch the video below;

Moment Davido tried to run away as the protest heated up..... . . Follow @mediagist for more exclusive updates.