A protester at the Lekki toll gate where soldiers opened fire has shared his story from his sick bed. 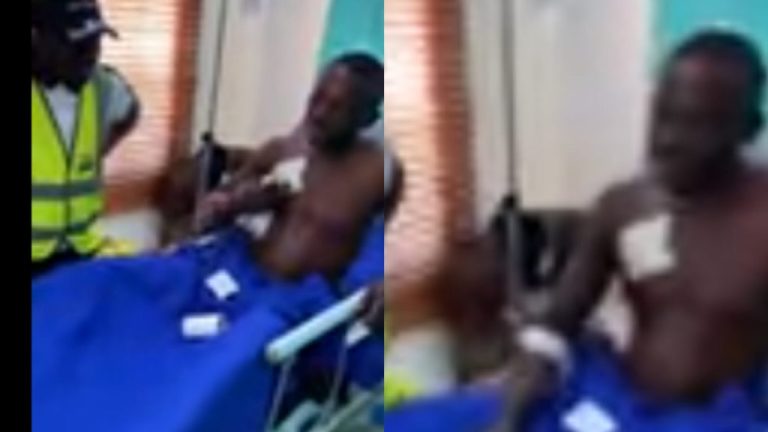 The man said he can't still believe that he survived
A man who survived after soldiers opened fire at #EndSARS protesters who gathered at Lekki toll gate has shared his experience.
The man who was at Lekki toll gate where the massacre happened on Tuesday, October 20, said he still can't believe he survived.
Speaking from his sickbed at the hospital with bullet wounds in a video, the unnamed man expressed his gratitude to God and everyone who supported him one way or the other see get back alive.
The man revealed that he was shot by armed forces and he thought he would not survive as he was bleeding profusely from the chest.
Watch video below:
Top Stories