NNPC Spent N81.41 Billion On Refineries for 8 Months, Without Refining a Drop of Crude Oil - Report


It has been revealed according to new data that the NNPC spent billions on its three refineries without refining a drop of crude oil. 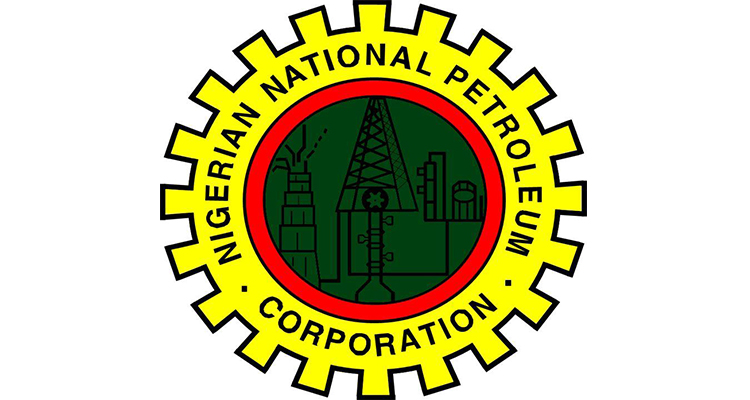 NNPC
While refining zero crude oil, the Nigeria National Petroleum Corporation spent a staggering N81.41 billion on its refineries between January and August, 2020, according to its data.
According to a summary of the report by Punch, the expenses were accumulated by Kaduna Refining and Petrochemical Company, Port Harcourt Refining Company and Warri Refining and Petrochemical Company.
The three refineries posted a cumulative revenue of N6.54bn during the eight-month period, and a total expense of N81.41bn, with a deficit of N78.87bn, according to figures contained in the just-released August 2020 report of the NNPC.
Further analysis of figures from the latest report, as well as those earlier released by the corporation, showed that the revenue, expense and deficit of KRPC during the period under review were N6.22bn, N33.61bn and N27.39bn respectively.
PHRC posted a revenue, expense and deficit of N61m, N25.57bn and N25.51bn respectively from January to August 2020.
Similarly, WRPC earned a revenue of N257m, incurred an expense of N22.23bn and posted a deficit of N21.98bn during the same period.
It was further gathered that for 13 straight months, the facilities had been running without refining any volume of crude oil.
Data from the consolidated refineries operations put the volume of crude processed by the facilities from August 2019 to August 2020 at zero metric tonnes.
With a cumulative plant capacity of 445,000 barrels per day, the facilities posted a capacity utilisation of zero per cent all through the 13-month period.
However, the volume of crude they recorded as closing stock between August 2019 and August this year was 3.78 million metric tonnes.
For several years, Nigeria has been importing the bulk of its refined petroleum products as a result of the inability of its refineries to refine crude oil produced within the country.
On Thursday, the Federal Government revealed that Nigeria, Africa’s biggest oil producer, was set to resume the importation of petroleum products from a neighbouring country, Niger Republic.
The Federal Ministry of Petroleum Resources said in a statement that the two countries signed a Memorandum of Understanding for petroleum products transportation and storage.
It said following bilateral agreements between the President, Major General Muhammadu Buhari (retd.), and his Nigerien counterpart, Mahamadou Issoufou, talks had been ongoing between the two countries for over four months – through the NNPC and Niger’s Societe Nigerienne De Petrole.
According to the statement, Niger Republic’s Soraz Refinery in Zinder, some 260km from the Nigerian border, had an installed refining capacity of 20,000 barrels per day.
“Niger’s total domestic requirement is about 5,000bpd, thus leaving a huge surplus of about 15,000bpd, mostly for export,” it said.
The national oil firm again explained in its latest monthly report that the declining operational performance of Nigeria’s refineries was attributable to ongoing revamping of the facilities.
It said the revamping of the facilities was expected to further enhance their capacity utilisation once completed.
Operators in the downstream oil sector as well as economists have repeatedly called for a fast revamp of Nigeria’s refineries in order to halt the continued importation of refined petroleum products.
The National President, Independent Petroleum Marketers Association of Nigeria, Chinedu Okonkwo, said, “Getting our refineries working optimally is so vital now to save us the continued depletion of our foreign exchange.
“I know the NNPC is working towards that and we hope the refineries will come onboard as soon as possible, because this might also help in reducing the cost of refined petroleum products.”
The Director-General, Lagos Chamber of Commerce and Industry, Dr Muda Yusuf, noted that pronouncements by NNPC on the future involvement of the private sector in the operation of the country’s moribund refineries were commendable.
“This is another laudable initiative which will ensure that these national assets are put to use for the growth and development of our economy,” he said.
He, however, noted that one of the critical elements of the oil and gas sector reform, particularly the downstream sector, was the complete deregulation of the sector.
The LCCI boss explained that the reform of the downstream oil and gas sector would not only impact positively on local refining of crude but also create a number of advantages for the economy.
Yusuf said, “It will unlock the huge private investment potential in the downstream oil sector, especially in petroleum product refining.
“This will ultimately reduce importation of petroleum products and ease the pressure on the foreign exchange market as well as the burden on our foreign reserves.”
He stressed that the investment opportunities in Nigeria’s oil and gas sector were huge, considering the country’s crude oil reserves and the even bigger prospects in respect of its gas reserves.
According to him, Nigeria has been in the business of oil for over 50 years, but still does not have any private refinery operating on a commercial scale.
“This is a big issue. No oil-producing country imports refined petroleum products on a scale that we do in Nigeria. It is inexcusable,” the LCCI DG stated.
He added, “Pipelines are very critical infrastructure for refineries and for the sector, but the current ones are aging and have deteriorated due to poor investment and maintenance.
“Again, this is because the pipelines are in public sector space. The story of the petrochemicals and fertiliser plants are not different, although the latter has witnessed some measure of privatisation.”
Yusuf noted that the dominance of the public sector in this space had significantly slowed down the progress and development of the oil and gas sector.
He stated that the sector was so strategic that it could easily have provided the lever to accelerate the diversification of the Nigerian economy.
Top Stories

We Know Where The Kidnappers Are - FG
Recent Stories