The Central Bank of Nigeria has told a court in Abuja that reports that it froze accounts of #EndSARS protesters is not true. 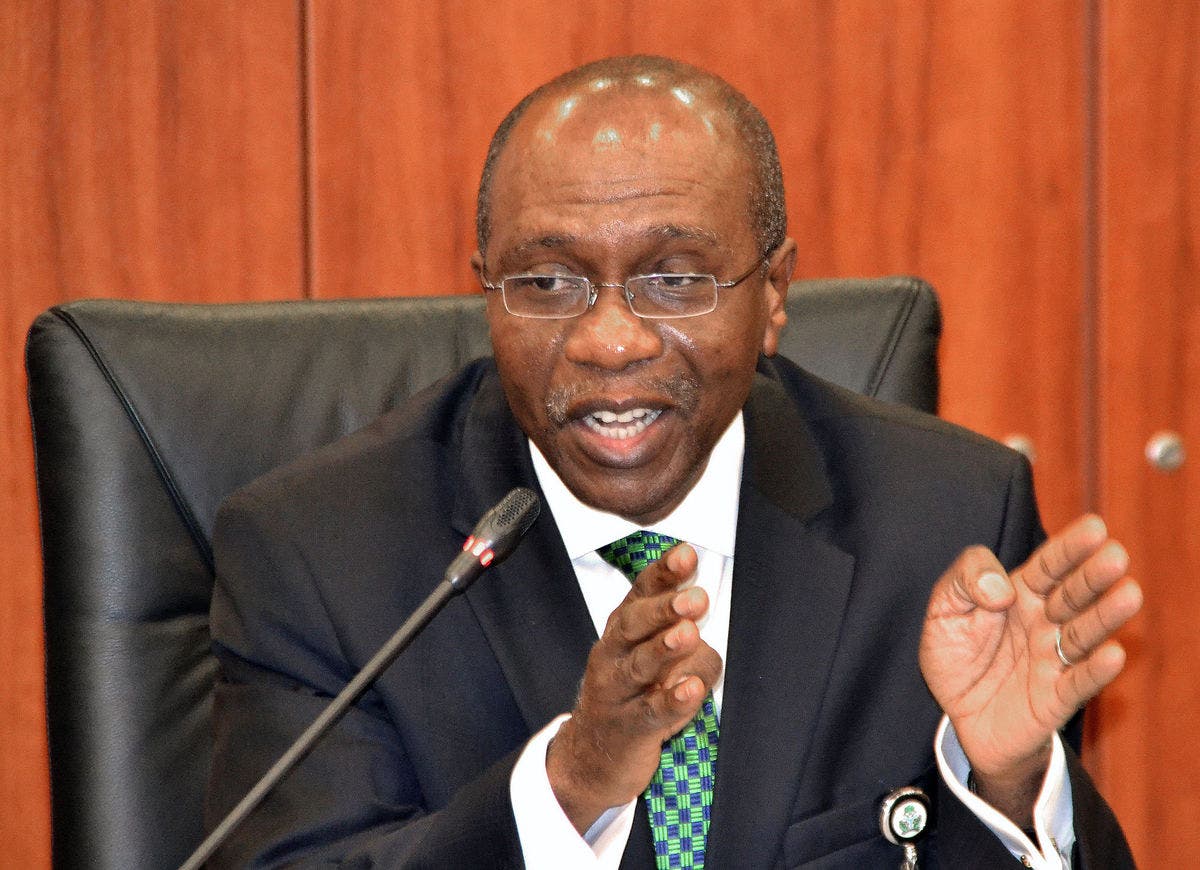 Central Bank of Nigeria (CBN), Godwin Emefiele
The Governor of the Central Bank of Nigeria (CBN), Godwin Emefiele has reacted to reports that the apex bank froze accounts belonging to youths who participated in the #EndSARS protest.
He made the submission while appearing at the federal high court, Abuja, to answer questions to that effect.
Speaking on behald of Emefiele, his lawyer, former Attorney General of the Federation and Minister of Justice, Mike Aondoakaa (SAN) denied freezing the accounts.
Aondoakaa is the CBN Governor’s lawyer in the case, marked: FHC/ABJ/CS/1384/2020)of CBN v. Bolatito Rachael Oduala and 19 others in which Justice Ahmed Mohammed granted an order freezing the accounts of the defendants for 90 minutes in the first instance.
The former AGF spoke while reacting to remarks by Ebun-Olu Adegboruwa (SAN), lawyer to Albert A. Ugochuwu and others, whose accounts were also frozen in similar circumstance by another judge, Justice Taiwo Taiwo in the case marked: FHC/ABJ/CS/12000/2020.
Aondoakaa, who insisted that his client acted within the provision of Section 60 (b) of the Bank and other Financial Institutions Act (BOFIA), allows the CBN to apply pending for a freezing order pending conclusion of investigation.
The ex-AGF faulted claim by Adegboruwa that the CBN was going about filing multiple cases to freeze people’s accounts, including those linked with the #EndSARS protests.
He said the CBN did not apply for the freezing of any accounts because of the owners were associated with the #EndSARS protests.
Aondoakaa stated that his client only applied to have the accounts frozen on suspecting questionable transactions in the accounts.
He noted that none of those affected by the orders have claimed, in the processes they filed, that they are #EndSARS protesters.
Arguing earlier, Adegboruwa accused the CBN of filing multiple cases to freeze accounts of people indiscriminately. He cited the case of those associated with the #EndSARS protests.
He argued that the CBN a misconception of Section 60(b) of the BOFIA, and that the CBN lacks the power to conduct investigation into alleged infraction of the law.
Adegboruwa noted that the CBN came before the court on September 21, 2020 and obtained the freezing order pending the conclusion of its investigation.
“The law permitting the CBN to approach the court makes it a clearing house. Not to investigate. The CBN is arrogating the powers of the investigating agencies. The CBN lacks the power to investigate crimes,” he said.
Adegboruwa prayed the court to vacate the order earlier made by the court and dismiss the CBN’s suit.
Justice Taiwo has adjourned till December 16 for ruling.
Top Stories