The Secretary-General of Anglican Communion Worldwide, Archbishop Fearon has broken his silence after fire razed his duplex. 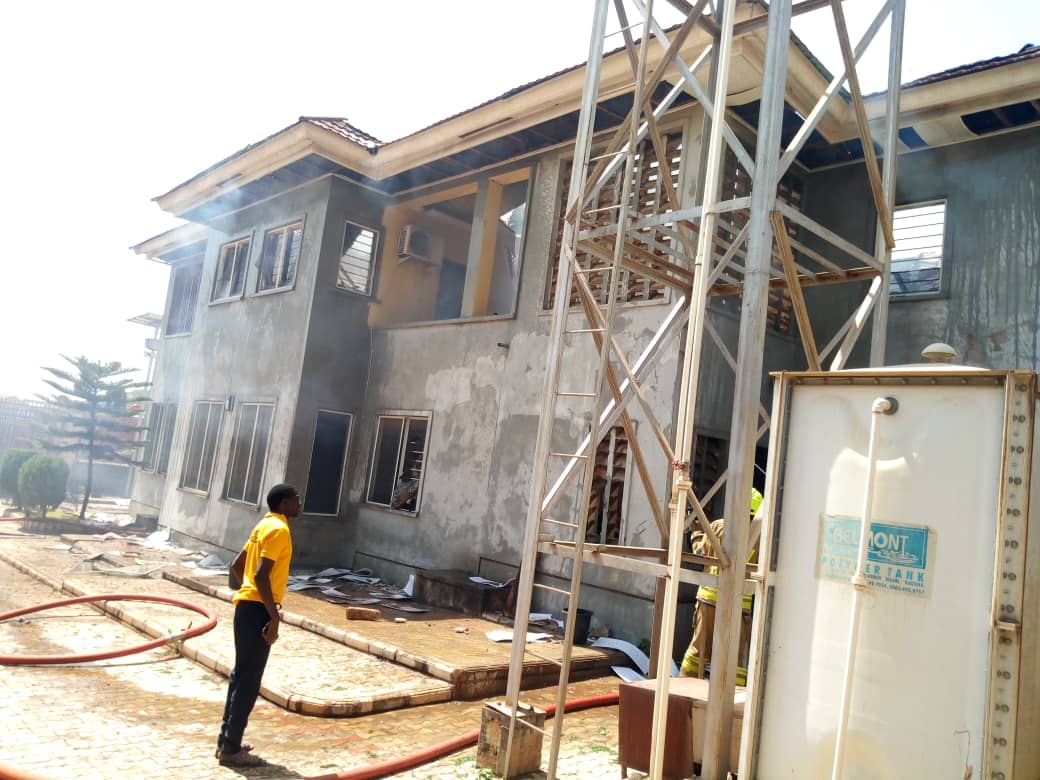 Fearon's duplex destroyed by fire in Kaduna
Archbishop Josiah Idowu-Fearon's duplex in Kaduna has been destroyed by fire, according to Vanguard.
Fearon is the Secretary-General of Anglican Communion Worldwide with headquarters in London. He is also the Chairman of the Kaduna Peace Commission.
His four-bedroom duplex also houses the centre for Christianity and Islamic study centre.
The inferno which neighbours alleged was caused by a person who was burning shrubs nearby, razed valuables worth millions.
An eye witness said, “it was caused by a worker in one of the houses near Bishop Fearon’s house who engaged in bush burning and refused to heed to warning from people around.”
“The man was warned not to carry out the bush burning but all the warnings fell on deaf ears until the unexpected happened.”
When contacted on phone, Archibisop Fearon who is now the Secretary-General of Anglican Communion Worldwide with headquarters in London, expressed shock and disappointment over the incidence.
“Your love and concern are appreciated, may the Lord bless you. You know these uneducated people around us, what does one do other than just warn and leave them to God,” he said.
“My library had between 6500- 7000 volumes with almost half on Islamic books and a good number out of print.
God saved the ground floor as an evidence that God approves of our Centre bringing Muslim and Christian leaders to study and share their faith with one another. We give all the glory to God” he said.
Hadiza Haruna who is the Bishop’s house help said efforts by the Fire Service who came with about 5 trucks to put off the fire, could not yield much result as much damage has already been done.
Top Stories