According to The PUNCH, it was learnt that the elder statesman who recently clocked 76 years died on Thursday morning after a brief illness. 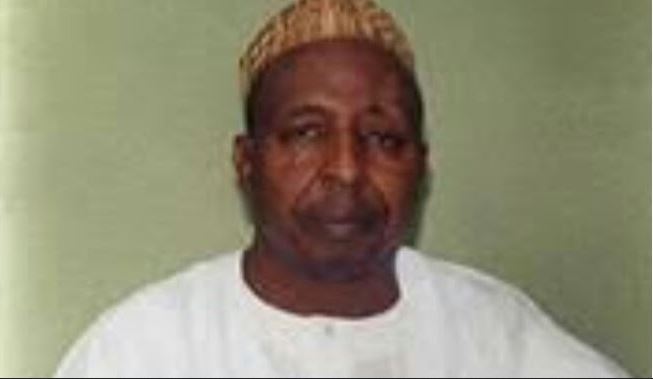 According to The PUNCH, it was learnt that the elder statesman who recently clocked 76 years died on Thursday morning after a brief illness.

Until his death, Akun was a key member of the All Progressives Congress.

He had served the state in various capacities including as a two terms member of the Plateau State House of Assembly and also Commissioner, serving variously in Ministries of Information and Communication as well as Youths and Sports.

In 2006, he was a state chairman of the Peoples Democratic Party from where he was appointed as Deputy Governor to Michael Botmang who took over as Governor after his boss Joshua Dariye was impeached

Governor Simon Lalong in a statement described the death of Akun as a great loss to his immediate family, the people of Bokkos LGA, Plateau State and the nation as a whole.

He praised the contributions of the elder statesman in the governance of the state and the nation which he did by actively participating in stakeholders’ engagement and making useful suggestions.

He noted that the late Chief Akun, as an astute politician and administrator, contributed immensely to the political development of Plateau State and Nigeria, serving in different capacities with diligence, honesty and patriotism which earned him the national award of the Member, Order of the Niger.

“His passion for community development and empowerment saw him emerging as the President National Association of Microfinance Banks having spearhead and facilitated the establishment of the Daffo Mangai Community Bank in Bokkos LGA and many others across the nation”, Lalong said.

The Governor also acknowledged the contributions of the late Chief Akun to the development of education in the course of his service to the nation where, apart from establishing a private school, he promoted community and faith-based efforts to establish various schools across the state. He later served as the Chairman of Council for the Federal College of Education Zaria and was elected Chairman, Committee of Governing Councils of Colleges of Education in Nigeria.

Lalong commiserated with the family of the deceased and prayed that God will grant his soul eternal rest.