Sunshine players have taken to the streets to protest three months salaries unpaid salaries and allowances. 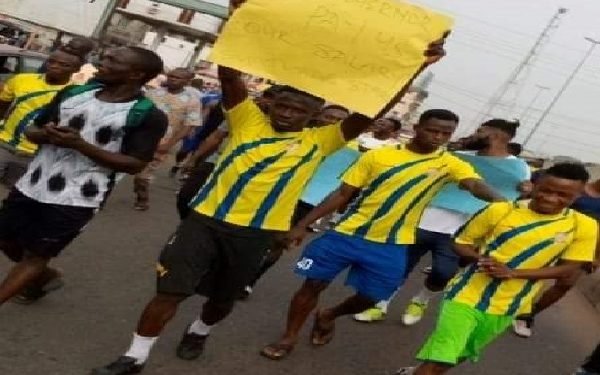 Sunshine players protest
Many people watched in shock as players of Sunshine Stars of Akure took to the streets to protest over three months unpaid salaries and allowances.
The protest took place on Tuesday morning.
The protesting players said they have not been paid since commencement of the 2020/2021 NPFL season.
Fans have blamed the poor morale as one of the reasons the team have not won any of the 11 matches played this season.
Details shortly….
Top Stories