Victor Osimhen Named Serie A Player of the Month


Super Eagles star striker, Victor Osimhen has been named as Serie A’s Player of the Month for September. 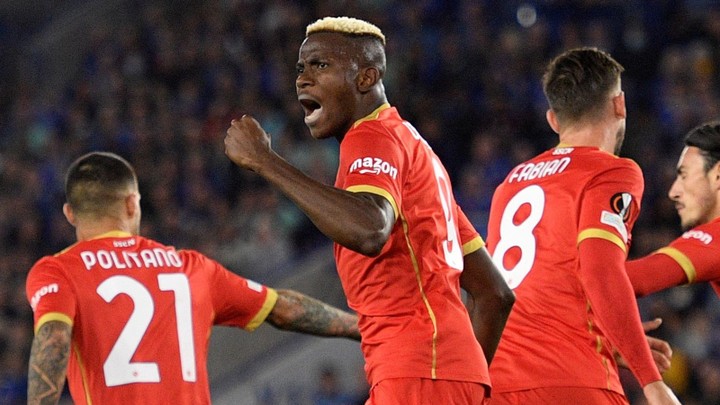 Victor Osimhen
Nigeria’s Victor Osimhen has reached a new milestone in Italy's Seria A.
This comes after he was voted the Italian Serie A’s Player of the Month for September.
Osimhen came back from a disappointing start to the 2021/2022 season in August after being sent off in the opening match against newcomers Venezia making him miss the fixture against Genoa.
Since then, the Super Eagles striker has become a nightmare to opposing defenders, scoring seven goals in eight matches for Napoli all in September.
Of his eight goals, his first of the season came against Udinese with a follow up of a brace against Sampdoria and adding another to his Serie A tally against Cagliari.
Apart from his goals, Osimhen has contributed to Napoli’s 100 per cent start to the season by winning two penalties for his team.
On the continental stage, Osimhen also scored three goals in the Europa League, with a brace coming against Leicester City.
Top Stories