Okoye, 22, has signed a five-and-a-half-year contract with the Premier League club, which will begin on January 1, 2022. 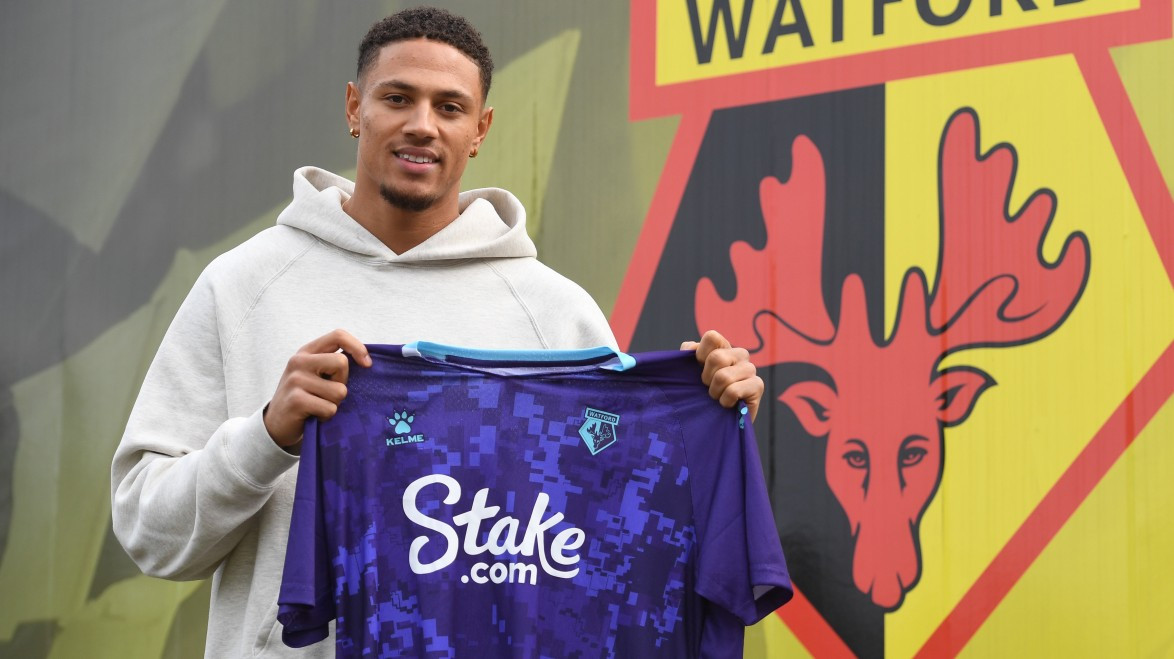 Maduka Okoye
Super Eagles goalkeeper, Maduka Okoye has signed for Watford.
The Nigerian goalkeeper signed from Eredivisie side Sparta Rotterdam for a fee understood to be in the region of €6 million (£5.1million).
Okoye, 22, has signed a five-and-a-half-year contract with the Premier League club, which will begin on January 1, 2022.
He will remain on loan at Sparta Rotterdam for the rest of the 2021-22 season.
The Premier League disclosed the deal in a statement via their website on Monday night, November 8.
“Watford FC is pleased to announce that it has reached an agreement to sign highly-rated young goalkeeper Maduka Okoye, on a five-and-a-half year deal that will begin on January 1, 2022.
“The Nigeria international joins the Hornets for an undisclosed fee from Eredivisie outfit Sparta Rotterdam, to where he will return on loan until the end of the 2021/22 campaign,” the statement partly read.
Reacting, Okoye, in a post via his Instagram said, “I’m overwhelmed to sign for @watfordfcofficial, to play in the Premier League is something I’ve been dreaming about since I was a little boy I can’t wait to get started with the team upcoming season 2022/2023!
“I wish the Club all the best for the rest of the season! See you soon!!”
The 22-year-old played in the youth ranks at Borussia Monchengladbach, Bayer Leverkusen and Fortuna Dusseldorf before moving to Sparta Rotterdam in the summer of 2020.
Okoye joins compatriots Oghenekaro Etebo, Emmanuel Dennis, William Troost-Ekong at Watford. 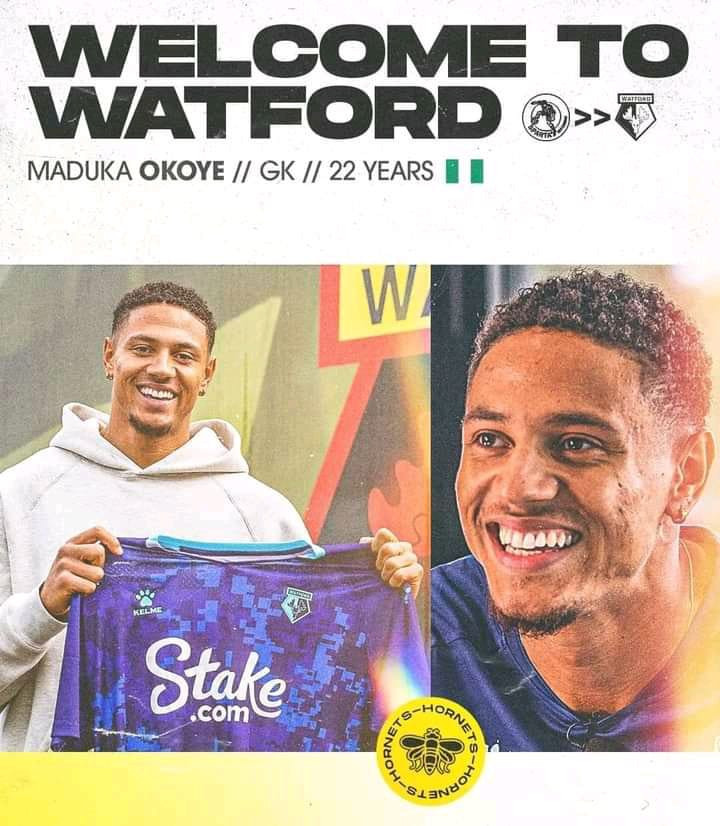