The Kayanmata seller said this in an Instagram post on Wednesday after posting a photo and video of her and Nwoko’s ex-wife Laila Charani. 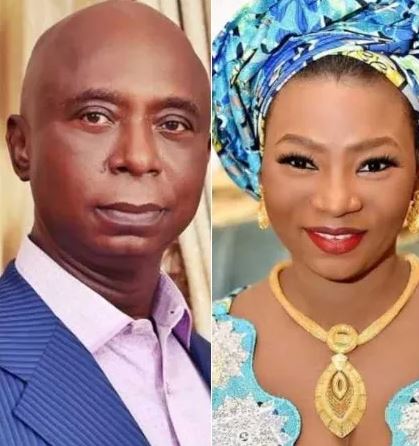 Controversial s3x therapist and Aphrodisiac seller, Hauwa Mohammed popularly known as Jaruma has ridiculed billionaire, Ned Nwoko, stating that the worse ha can do is send her to prison.

The Kayanmata seller said this in an Instagram post on Wednesday after posting a photo and video of her and Nwoko’s ex-wife Laila Charani.

Responding to the comment, Jaruma said the worse Nwoko can do is send her to Suleja or Kuje prison.

“Worse he can do is Suleja or Kuje prison,” she said as she laughed.

In the comment section of the video she posted, the same user wrote: “Grandpa will see you.”

“He will see and send me to Suleja Prison and Kuje Prison and Guantanamo Bay Prison,” Jaruma replied.

Recall that Jaruma was arraigned before an Upper Area Court in the Zuba area of Abuja last month for alleged defamation of character, false news publication and intimidation of Ned Nwoko on social media.

Nwoko had accused Jaruma of publishing falsehoods on her Instagram page against him and his wife.