A military source said that the incident took place at Amchide village around Bama Local Government Area of Borno State in Northeast Nigeria. 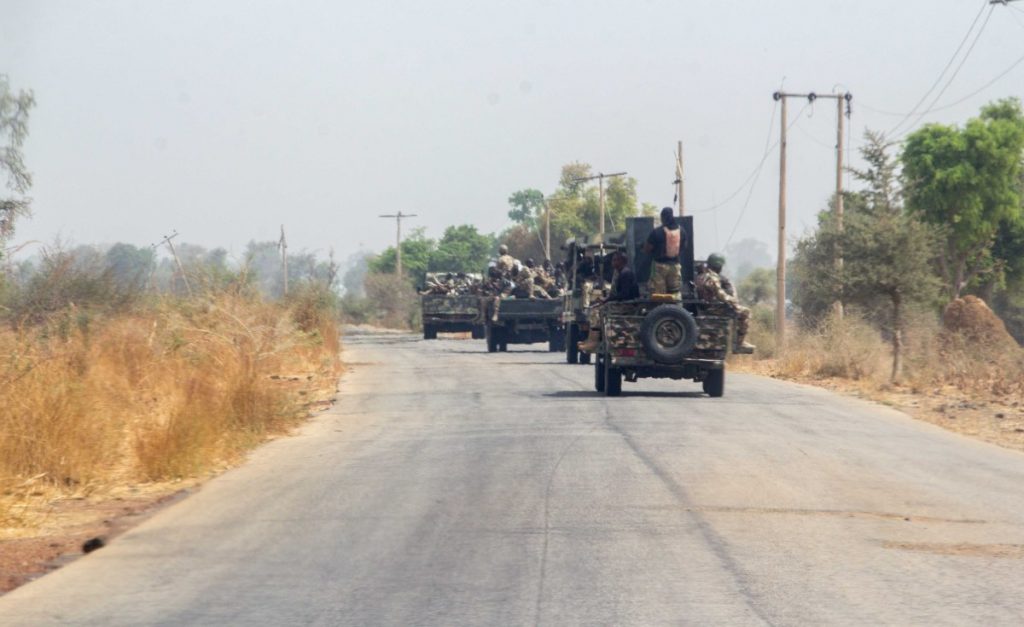 According to a report by Daily Post, some terrorists in five gun trucks were intercepted by the Cameroonian troops at a border crossing into Nigeria.

The troops killed over 20 terrorists and recovered gun trucks.

“The terrorists were intercepted by Cameroonian troops under the multi-national joint task force, MNJTF, on Wednesday in a village – Amchide. We believe they are on a mission to attack troops’ locations when luck ran out on them.

“They were dealt with decisively as some of them fled with gunshots wounds,” the officer said.

In another development, a reported clash between the Islamic State for West African Province, ISWAP, and a Boko Haram faction left nine members of the latter dead.

The incident, which occurred in Abadam Local Government Area in northern part of Borno State, came barely 48 hours after a clash by the groups left 30 dead in Dikwa town about 100 km from Maiduguri, the state capital.

The ISWAP faction was said to have ambushed their rival group Boko Haram at Yauma Wango village, where they engaged each other in a deadly shootout.

Locals and youth volunteers in the area said killings among the ISWAP and Boko Haram fighters would not stop since both groups want control of the Lake Chad area.

“The fight is no longer about Shekau or Albarnawi. It is also not about the killing of Sadiquo Buorubouru. They are gone and they are history. But both Boko Haram and ISWAP are recruiting members around Lake Chad currently. A lot of fishermen have been forcefully conscripted and hundreds of others have fled the region,” a local vigilante said.