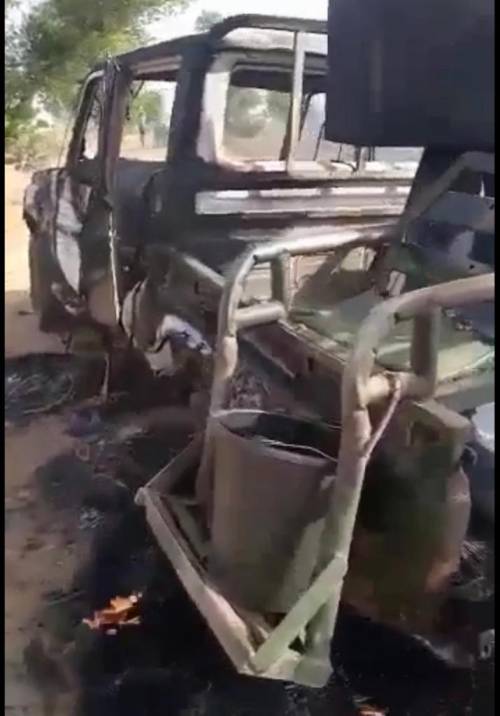 According to an exclusive report by SaharaReporters, two Nigerian Army personnel have been killed by Improvised Explosive Device planted by terrorists in an ambush in Katsina State.

It was learnt that other soldiers also sustained various degrees of injuries while a patrol vehicle conveying the troops was burnt.

The soldiers were said to be on a special operation at Kaiga community when one of their vehicles stepped over the planted IED.

A military signal obtained by SaharaReporters on Wednesday also confirmed the incident.

“The KIA and the WIA were evacuated to BMC Katsina. The EOD was drafted to the area to scan, however no other IED was found.”

Katsina, despite being the home state of President Muhammadu Buhari, has witnessed sporadic attacks by bandits and kidnappers that have claimed the lives of many.