While Farinloye said the property affected was a place where the late pastor, T.B. Joshua, usually visited to relax 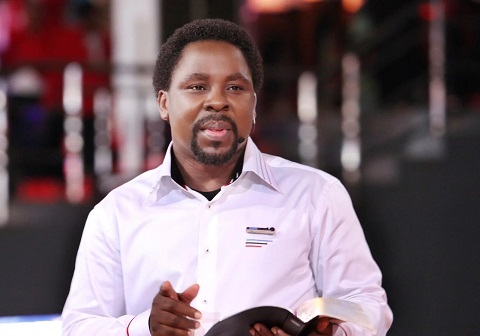 The Synagogue Church of All Nations has given an update following reports of fire outbreak at the church.
The church said the fire incident at the church’s property at Agodo, Egbe, Lagos, only affected its general purpose store.
The church, in a statement on Thursday, said the fire had been put out, adding that there was no loss of life or any injury.
The acting Coordinator, National Emergency Management Agency, Ibrahim Farinloye, and the Head, Lagos State Fire and Rescue Services, Margaret Adeseye, had on Wednesday confirmed the fire incident.
While Farinloye said the property affected was a place where the late pastor, T.B. Joshua, usually visited to relax, Adeseye said, “shelter built to cover the tomb” of the late Joshua was affected.
However, the church asked its members to “disregard any alarmist news aimed at creating panic amongst the church members in particular and the general public.”
The statement read in part, “The fire outbreak was from a general-purpose store at the old site and has been successfully put out through the efforts of the ministry’s emergency response team, with no injuries whatsoever and no lives lost.
“Currently, the cause of the fire is unknown. To this end, we wish to assure our esteemed partners and friends of the ministry that we are on top of the situation. There is no need for panic and unnecessary speculations.”
Top Stories