A resident, Frank Osagie, told our correspondent that the guard fled with his Shitzu dog, vehicle parts, electronics, a wall fan, among others. 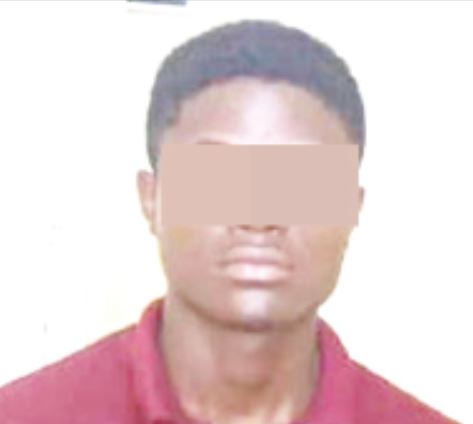 According to a report by The PUNCH, a newly recruited guard with a private security firm in Lagos State, Steven Meyor, has disappeared after allegedly stealing valuables from residents of a building he manned.

It was gathered that the 21-year-old was employed by Concentric Security early April this year and was posted to a residential apartment in Sogunle in the Oshodi-Isolo Local Government Area of Lagos State.

Meyor allegedly fled his place of posting on April 30, 2022 after he was paid his first salary.

A resident, Frank Osagie, told our correspondent that the guard fled with his Shitzu dog, vehicle parts, electronics, a wall fan, among others.

He said, “He (Meyor) was interviewed by Concentric Security and started working mid last month (April) with my parents at their home in Sogunle. After he was fed on the night of the supposed act, he packed all his belongings and took my small Shitzu dog named Sam, then fled on April 30, 2022.

“He stole various valuable items also from the residence, including but not limited to a security phone, furniture, electronics, vehicle parts, a wall fan, a steam iron, among others.”

Osagie said the matter was reported at the Sogunle Police Division.

Also, an official of Concentric Security, Agada Raymond, told our correspondent on Tuesday that the suspect fled upon receipt of his first salary.

Raymond said, “We hired the guy (Meyor) to represent us on their premises. Unfortunately, immediately we paid the guy his first salary four days ago, he absconded around 9pm with their dog. It is unheard of.

“I am at Mende in Maryland where the guy stays with the referral; we are still in search of him.”

The Divisional Police Officer, Shogunle Police Station, CSP Afolabi Kazeem, said the matter had not been reported to the police.