Her husband, who is a member of the Tricycle Owners Association of Nigeria, TOAN, Awka branch, Anambra State, was arrested at Unizik Junction Park, on March 15, 2022, over an undisclosed offence. 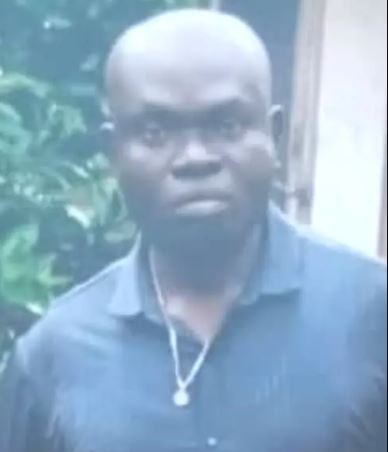 Ebere Okonkwo, a 28–year-old woman, has raised the alarm over the disappearance of her husband, Dubuem Okonkwo, from the custody of the Police, in Anambra State.

Her husband, who is a member of the Tricycle Owners Association of Nigeria, TOAN, Awka branch, Anambra State, was arrested at Unizik Junction Park, on March 15, 2022, over an undisclosed offence.

She said that he was, thereafter, paraded by the Commissioner of Police, Anambra State Police Command, Echen Echen, at the Command Headquarters, Awka, without any explanation by the command on his offence.

Apprehension, according to her, set in, as she could no longer reach her 48-year-old husband, after the parade. The mother of one, therefore, called on the Inspector-General of Police, IGP, Alkali Baba, the Minister of Women Affairs and Social Development, Pauline Tallen, and other concerned Nigerians to prevail on CP Echen to disclose the whereabouts of her husband.

According to her: “Since his disappearance, we are being refereed to from one Police formation to another. I don’t know the crime he has committed. I should have the right to see him and at least hear from him. If the Police have killed him, they should let the family and at least give his body to us for burial since they feel we are nobody.

“My family has gone to the State Command Headquarters, where he was paraded and people who saw him told us that my husband was raising up his hands and asked what his offense was and why he was paraded for a crime he did not commit, but he was shouted down by some policemen on the parade ground.

“My daughter and I are on our knees begging President Buhari, IGP Usman, and other well meaning Nigerians, to prevail on the Anambra State Police command to bring our breadwinner back.”

Describing the matter as a complicated one, she said her husband’s name was among suspects mentioned in the press statement issued by the Anambra State Police Public Relations Officer, Tochukwu Ikenga.

The statement by the command’s image maker informed that the Police stormed Unizik on March 15, 2022, upon receiving information that a cult group had launched an attack on a vigilante group at miracle junction, Ifite, Awka.

The statement added that leader of the cult group was killed in the process, while a cache of weapons, out of which two AK 47 riffles belonging to two policemen that were murdered last December, were recovered.

When contacted, the Police spokesman, Ikenga, told this reporter to send him a text because he was in a radio programme.

But he was yet to send his reaction as at press time.