Justice Christy Dabu had on Wednesday ruled that the disputed statements tendered by the EFCC were not voluntary and therefore, cannot be tendered as evidence in court. 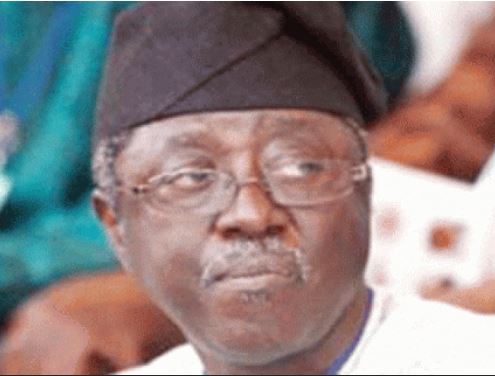 According to a report by SaharaReporters, the Economic and Financial Crimes Commission has vowed to appeal a ruling of the Plateau State High Court which refused to admit disputed statements obtained by the commission as evidence against the former governor, Jonah Jang.

Justice Christy Dabu had on Wednesday ruled that the disputed statements tendered by the EFCC were not voluntary and therefore, cannot be tendered as evidence in court.

Jang, who served as governor of Plateau State between 2007 and 2015, is standing trial alongside a former cashier in the Office of the Secretary to the State Government, Yusuf Pam, over alleged misappropriation of public funds amounting to over N6.2bn.

They were first arraigned in June 2018, on 17 counts bordering on misappropriation of funds and criminal breach of trust.

During the ruling, prosecution counsel, Rotimi Jacobs (SAN), had called a witness, Sunday Musa, to testify.

Musa, an investigator with the EFCC, had told the court Yusuf Pam withdrew cash running into millions of naira and handed it over to the former governor.

He claimed that their investigation revealed that the money was part of the N2bn which the Central Bank of Nigeria gave to the state government as a loan in 2015 for disbursement to medium and small-scale enterprises.

But when the EFCC counsel sought to tender the statements that the commission obtained from Pam as an exhibit through Musa, counsel for Pam, S. Oyawole, raised an objection and argued that the said statements were obtained under duress from his client and therefore inadmissible in court

In a statement on Friday, the anti-graft commission said it would appeal the judgement.

The statement reads: "Dissatisfied with the ruling of a Plateau State High Court rejecting a major exhibit against a former governor of Plateau State, Jonah Jang, counsel to the EFCC, Mr. Rotimi Jacob, SAN, has vowed to approach the Court of Appeal on the matter.

"Jacob disclosed this on Wednesday in Jos, Plateau State at the ongoing trial of Jang and a former cashier in the Office of the Secretary to the State Government (OSSG), Yusuf Pam before Justice C. L. Dabup."