According to the victim's brother, the unfortunate incident happened on Wednesday night, May 18. 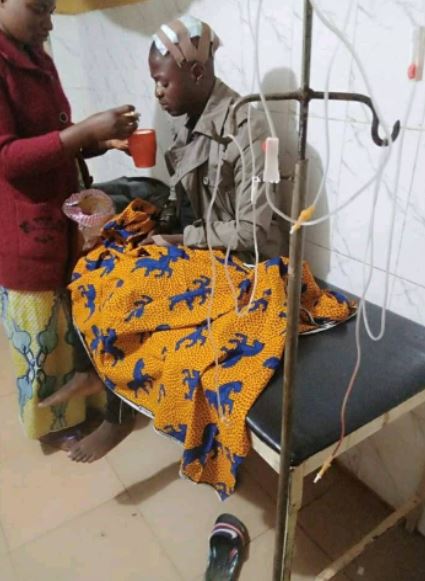 A young man has survived an attack by unknown men in Jos,  Plateau State.

According to the victim's brother, Mhizta Simon, the unfortunate incident happened on Wednesday night, May 18.

"Gud morning everyone, plz help me pray n wish my brother quick recovery. He was attacked last night by unknown men, he was badly injured n left him half dead. But fortunately d Lord granted him another grace. Father Lord i thank u so much cos u never forsake us so grant him gud health oh Lord" he wrote. 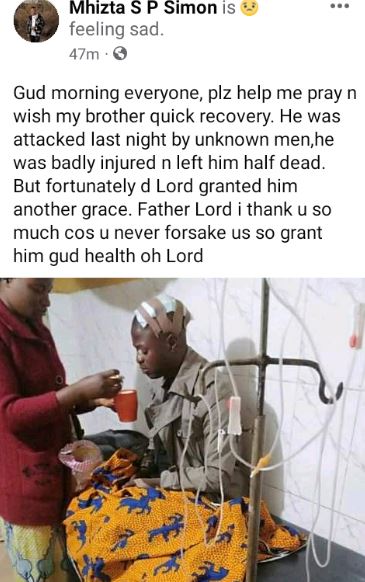