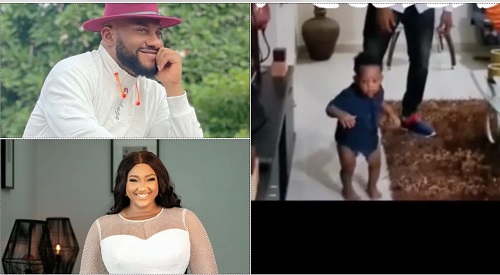 Nollywood actor Yul Edochie has been seen playing his fatherly role in the life of his son from his second wife, Judy Austin perfectly.
In a video currenlty trending online, Yul Edochie and Judy Austin were seen excited as their son took his first baby step.
Yul followed his son at the back as he took the important steps to make sure he doesn't fall.
Judy Austin who had watched her son’s movement from crawling to walking, which is a whole new dimension for her child, could not contain her excitement as she hugged and kissed him.
Watch video below: