Betera who represents Biu/Bayo/Shani federal constituency is the Chairman, the House of Representatives Committee on Appropriation. 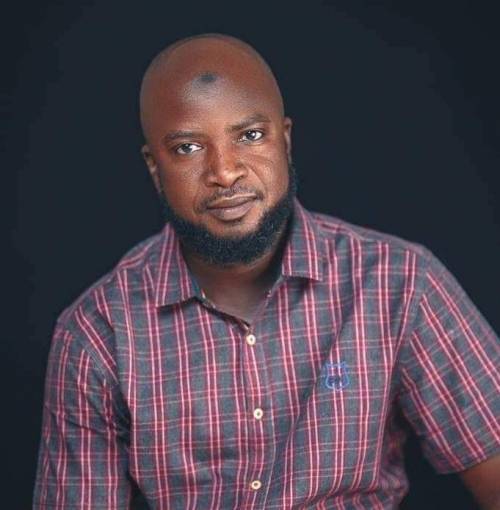 According to a report by SaharaReporters, the operatives of the Economic and Financial Crimes Commission (EFCC), acting on the order of a Borno lawmaker, Muktari Betera have arrested and detained Abdullahi Yusuf, a Senior Special Assistant to Governor Babagana Zulum over his Facebook post.

Betera who represents Biu/Bayo/Shani federal constituency is the Chairman, House of Representatives Committee on Appropriation.

Guyaba had in a Facebook post accused the Peoples Democratic Party (PDP) presidential aspirant of enriching himself and his family.

Sources told SaharaReporters that Abdullahi was detained on Tuesday evening after he honoured an invitation by the head of the EFCC zonal office in Maiduguri.

He had on May 29 in a Facebook post alleged that a Borno politician may be involved in the N84bn fraud involving the suspended Accountant-General of the Federation, Ahmed Idris.

Saharareporters had reported that Idris was nabbed by operatives of the EFCC on May 16, 2022, in connection with a series of fraudulent activities initially thought to be N84 billion.

Sources revealed that during questioning, Idris mentioned names, companies, and a huge amount of money which is currently under probe.

"Breaking News: Rumor has it that a prominent federal lawmaker from Borno may be involved in the 80 billion naira money laundering and diversion saga by the arrested accountant general of the federation Alhaji Ahmad Idris,” the Borno governor’s aide posted on Facebook.

He continued, “Yesterday I shared a story about the 80 billion Naira saga involving Alh Ahmed Idris where it was alleged that a prominent Borno lawmaker may be involved. I did not mention any name. Unfortunately, some supporters of one particular lawmaker started raining all sorts of insults and threats on me. I just posted it because it is a trending issue. The same way I posted that former Governor Yari who is also accused of the same issue. I did not in any way mention any name, I just posted it the way read it. If anyone feels offended, that's not the intent. Just saw a trending issue online and shared it.”

Despite not mentioning any name, sources said loyalists of Betera went under the post, alleging he was referring to the lawmaker, with many of them threatening him.

“After the post, Abdullahi started receiving different phone calls from many politicians loyal to Mr Betera, including some members of the National Assembly demanding that he should delete the post,” one of his friends told SaharaReporters.

“On May 30, he went on his Facebook page to provide more clarification on this issue. He apologized and said he didn’t mention any name but some supporters of one particular lawmaker started raining all sorts of insults and threats on him. He said he just posted it because it was a trending issue.

“While the saga was going on, another call was made to Abdullahi, this time, from the Head of EFCC Zonal Office, Maiduguri who asked that he was inviting him to the office. Abdullahi told him then that he was at Biu Local Government Area and could not make it on the day of the invitation. He however pleaded that he would come the next day by 2 pm which the zonal head agreed.

“On arrival, the zonal head said he invited Abdullahi to provide more explanation on his statement which he made on Facebook but Abdullahi insisted that his comment was an unharmful post which was only misinterpreted by many persons who think he was referring to Betera.

“The Zonal Head directed that Abdullahi be investigated by a team of detectives of the EFCC. They asked him several questions and insisted that he must provide where he got the statement which he made about the missing billions he linked some lawmakers to but Abdullahi maintained that he picked the post randomly on Facebook and flagged it as a rumour being made by others which was misinterpreted.

“Despite efforts by family members to get him released, the Zonal Head insisted that he was following a directive from the Chairman of the EFCC, Abdulrasheed Bawa, to detain Abdullahi.

"We heard it from a reliable source in the EFCC that Muktari Betara has concluded plans to deal with Abdullahi Yusuf using some of his friends in the agency, using his influence as the Chairman of Appropriation in the National Assembly.

“We believe also that the Chairman of the EFCC has nothing to do with this and we want him to use his good office to intervene on this matter as this is a clear case of a witch-hunt.”