Reacting to the attack that led to the loss of lives, the actress lamented the worsening insecurity in the country. 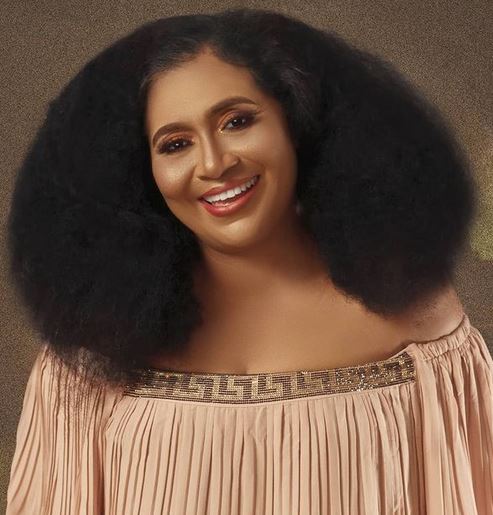 Veteran actress, Hilda Dokubo has reacted to the attack on St Francis Catholic Church in Owo by gunmen on Sunday which led to the death of church members.

The explosion reportedly occurred on the church premises while mass was ongoing, sending worshippers scampering for safety.

Reacting to the attack that led to the loss of lives in a Twitter post, Hilda Dokubo condemned the attack saying “we can’t continue burying our children like this.”

She wrote: “We can’t continue bleeding like this. We cannot continue burying our children like this. Even after winning the 2015 elections the dog and the baboon are still soaking in blood. WHY? What else do they want from us?#Nigeria #APCPrimaries #ondostate #PrayForOndo Ondo State.”

Will we ever know peace in this nation?While we await the full details of this tragedy, I want extend my condolences to the families of those involved and the good people of Ondo State. May the souls of the slain rest in peace.Rest In Peace #ondostate On a Sunday,” Hilda Dokubo added. 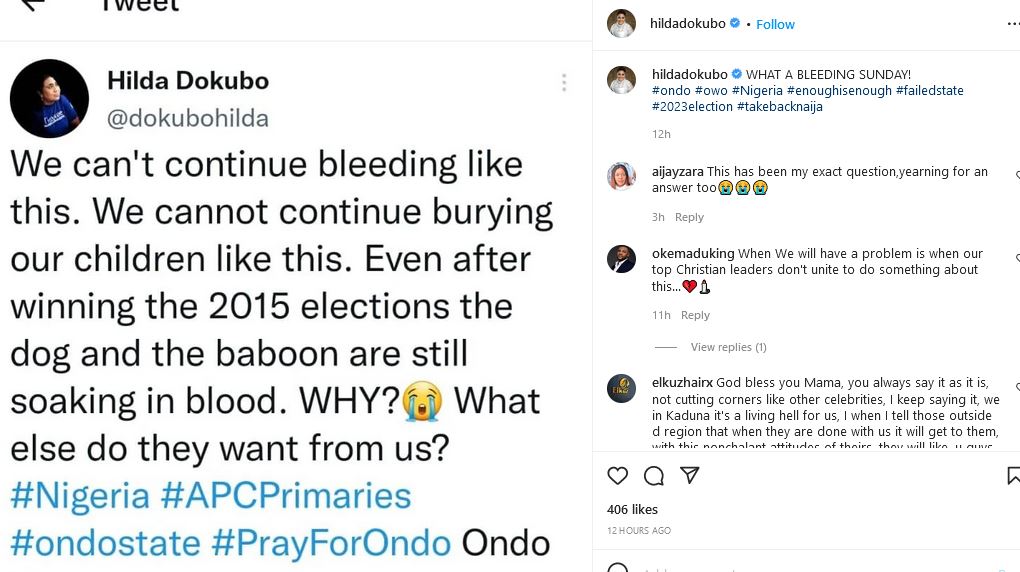