APC Primaries: See The Candidate Alleged To Be Buhari's Choice To Replace Him


The latest revelation comes after the National Chairman, Abdullahi Adamu had declared Lawan as Buhari's choice. 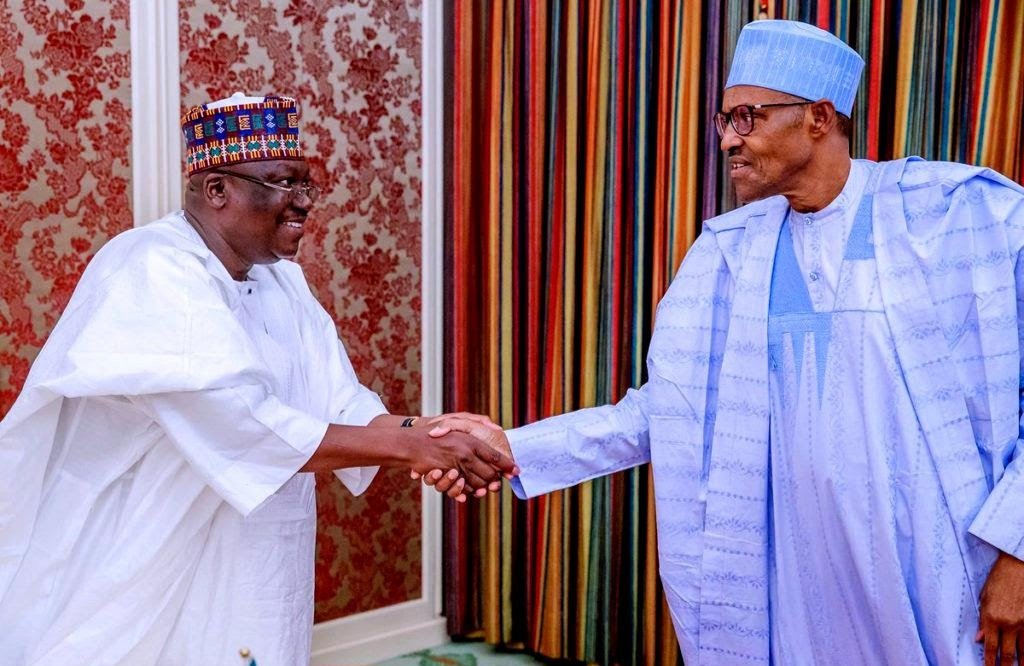 The candidate alleged to be President Muhammadu Buhari's choice to succeed him has been revealed by DailyPost.
The candidate will clinch the All Progressives Congress (APC) 2023 presidential ticket today.
A source told DAILY POST on Tuesday that the Nigerian leader is favourably disposed to the emergence of Senate President, Ahmad Lawan.
The insider was reacting to Monday’s announcement of Lawan as the anointed candidate of the ruling platform.
The declaration by the National Chairman, Abdullahi Adamu has caused an uproar in the party.
Some chieftains are furious that Adamu made the pronouncement despite the decision by Northern APC governors to support a Southerner.
In a conversation, our source reminded the party and the public that Adamu was the President’s favourite at the March convention.
He said the chairman could therefore not have singlehandedly taken the position without the Buhari’s knowledge.
“Adamu’s stance is the same as the President. I can tell you that his comment means that Lawan is the President’s choice. It’s as simple as that.”
DAILY POST gathered that Lawan’s entry into the presidential race was to have a strong contender from the same zone as ex-Vice President Atiku Abubakar.
The APC then tactically postponed its primary to wait for the outcome of that of the Peoples Democratic Party (PDP).
After Atiku’s victory the night of May 28, the President’s men were said to have met and agreed to support Lawan.
The calculation is that with Abubakar (Adamawa) and Lawan (Yobe) both from the North-East, the APC will have a chance.
Also, behind the scenes, many APC stalwarts and influential citizens, who are friends with the party, are working for victory of a Northerner at the primary.
They include former and serving public officials, business moguls, traditional rulers, clerics, mostly of Northern extraction.
They believe that due to the voting strength of the region, it would be difficult for a Southern APC flagbearer to defeat the PDP next February.
“With Atiku as PDP candidate, APC may not win in 2023 with a Southern candidate, it’s a game of numbers”, our source added.
Meanwhile, the Ahmad Lawan Central Campaign Organisation has been formed. Ex-Abia Governor and Senate Chief Whip, Orji Kalu is the Director-General.
There are about eight committees including Security which is chaired by Lawal Daura, former Department of State Services (DSS) Director-General.
Vice President Yemi Osinbajo, an APC presidential aspirant, sacked Daura in August 2018 when Buhari was out of the country.
Daura, who assumed office in 2015 after the President pulled him from retirement, was fired after the DSS and Police siege on the National Assembly.
The incident was linked to “a plot” to remove the then-Senate President, Bukola Saraki shortly after he defected from APC to PDP.
Top Stories