Everyone, Get Your PVC - Apostle Johnson Suleman Says As He Reacts To Alleged Helicopter Attack By Bandits in Kaduna


Suleman said the alleged use of helicopters by terrorists in Southern Kaduna shows that Christians are not safe in Nigeria. 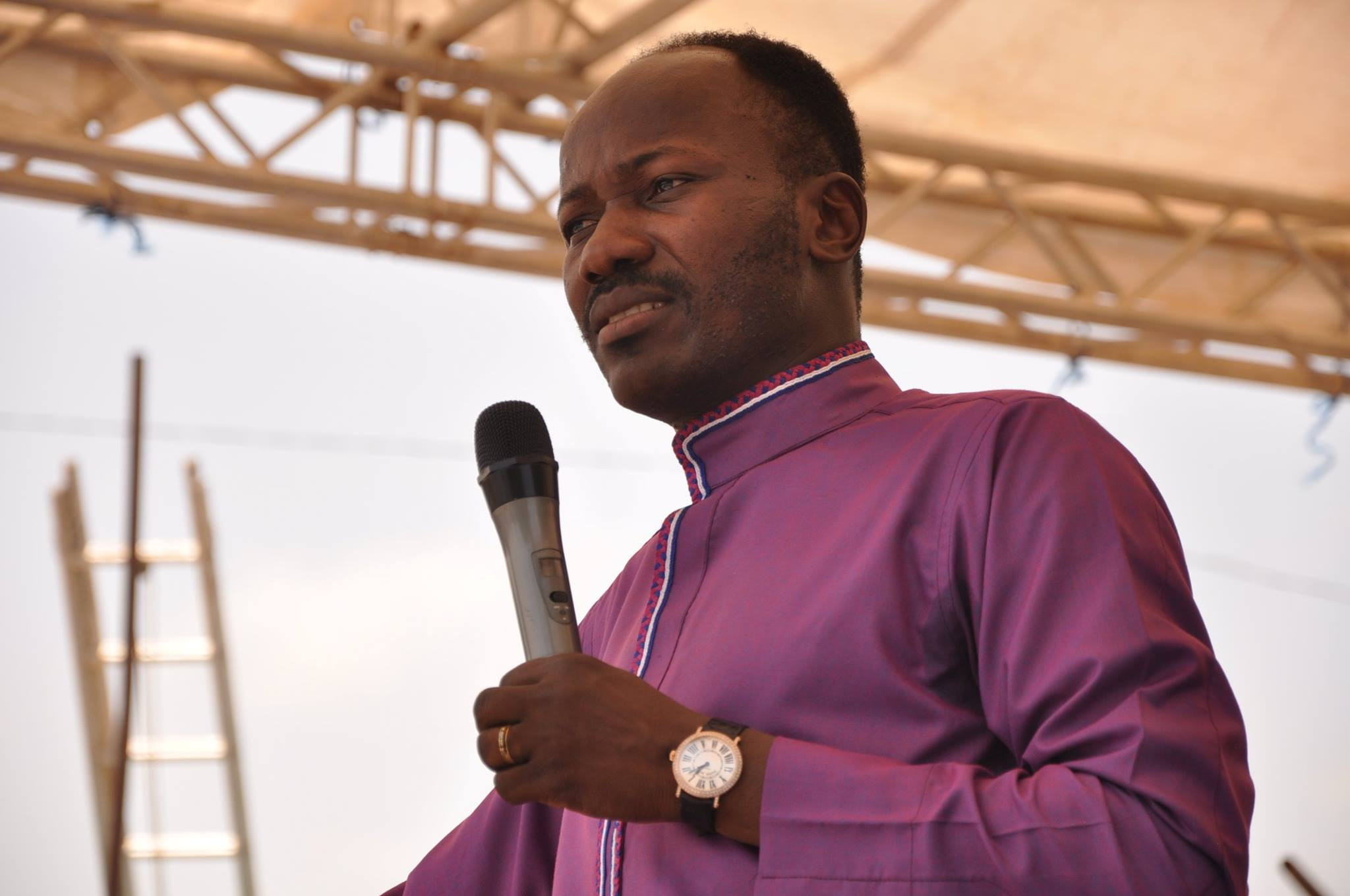 Apostle Johnson Suleman of Omega Fire Ministries has urged Christians to get their Permanent voters card while reacting to the killing of 32 persons by bandits who allegedly used helicopter.
The tragic killing happened in Southern Kaduna.
Suleman said the alleged use of helicopters by terrorists in Southern Kaduna shows that Christians are not safe in Nigeria.
Gunmen suspected to be Fulani Herdsmen had attacked some communities in Kajuru Local Government Area of Kaduna State, killing at least 32 villagers.
Recall that the assailants who invaded the Ungwan Gamu, Dogon Noma, Ungwan Sarki and Maikori communities allegedly with helicopters, also burnt several houses.
The District Head of Kufena, Titus Dauda, told Channels Television that the attacks occurred on Sunday and that 32 people lost their lives while a church and several houses were destroyed in the process.
Dauda added that the bandits, in their large numbers, first attacked Dogon Noma in the early hours of Sunday morning and killed several people, mostly men, before proceeding to Ungwan Gamu and Maikori villages, where they also killed people and burnt down houses.
The district head further disclosed that the victims had been laid to rest while the residents have deserted the affected communities due to fear of being attacked.
Reacting, Apostle Suleman urged the Independent National Electoral Commission, INEC, to extend the deadline for the registration of Permanent Voters Cards, PVCs.
In a tweet, the cleric called on Nigerians to ensure they get their PVCs and vote en masse.
According to Suleman: “Terrorists now use helicopters? Who gave them the flight clearance?
“It’s obvious now that Christians are not safe in Nigeria. @inecnigeria extend the deadline pls
“Everyone, get your PVC; God won’t do what you should do!”
Top Stories