In the apology posted on his verified Facebook page on Thursday, June 9, Magaji said he regretted the pain and distress his posting may have unintentionally caused the Governor. 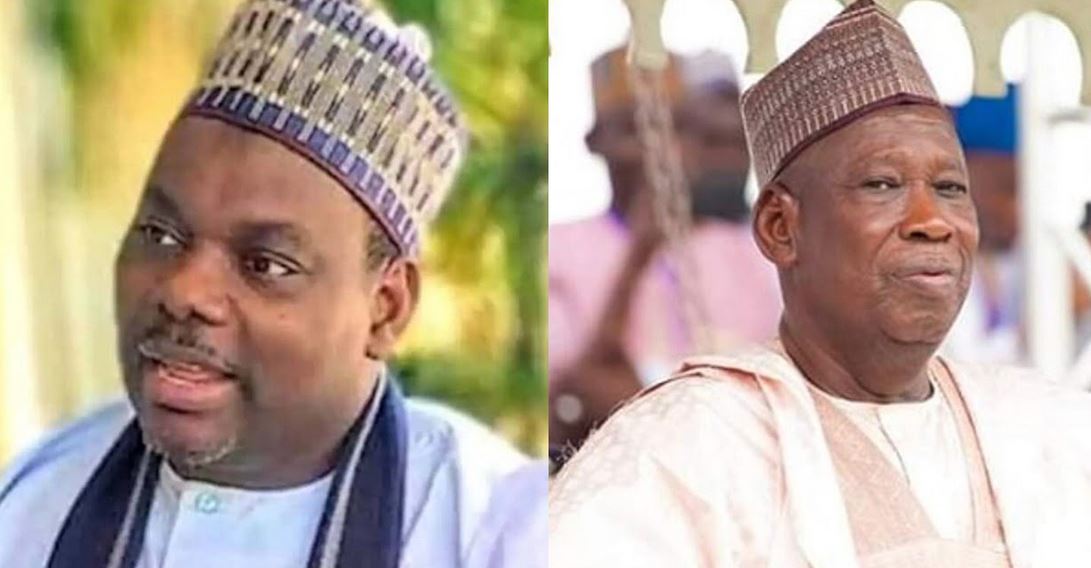 Muazu Magaji, an ex-Kano State commissioner for Works and Infrastructure has taken to Facebook to tender an unreserved apology to Governor Abdullahi Gaduje over a post that allegedly defamed the character of the governor.

Magaji is accused of posting an image on his Facebook page where Ganduje was having intimate chat with a female in his office, an act, the complainant alleged, was capable of portraying Ganduje as an immoral and ungodly man.

He was arraigned at Magistrate’s Court 58 in Nomansland, Kano, on a four-count charge of defamation of character, intentional insult, injurious falsehood and inciting disturbance against Ganduje and subsequently remanded in prison in February 2022.

In the apology posted on his verified Facebook page on Thursday, June 9,  Magaji said he regretted the pain and distress his posting may have unintentionally caused the Governor.

"Having offended you publically on my Facebook page, I also deemed it only proper I tender my unreserved apology to you and your family via the same medium," he wrote.

''I want to therefore write this message to extend my sincere apology to HE AU Ganduje & his family for my  unfortunate Facebook post in early January, 2022 that may have resulted in unintended hurt to HE and his family's as well as unintended perception that may have borders on HE reputation and Leadership.

With out given any excuses, the said posted picture was not originated by me but I was made to understood shortly after my posting it on my Facebook page that my posted comment with the picture may have been misconstrued by many as an intended attempt to spread harm to HE character and morals, it was therefore immediately taken down from my page after few minutes of my posting as it was never in any way intended to spread or mislead the public on HE character or leadership.

I do sincerely apologise for the pain and distress my posting may have unintentionally caused HE Ganduje and his family.

For the record, I do remain greatful to HE Ganduje for the love and trust he has shown to me as well as the  opportunities he has offered me in his administration.

And I wish HE and his family well. Best Regards'' 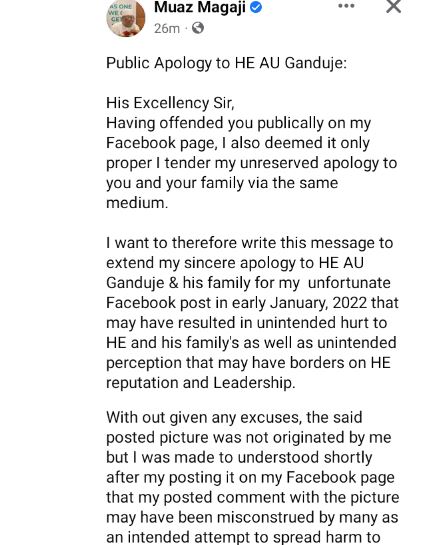 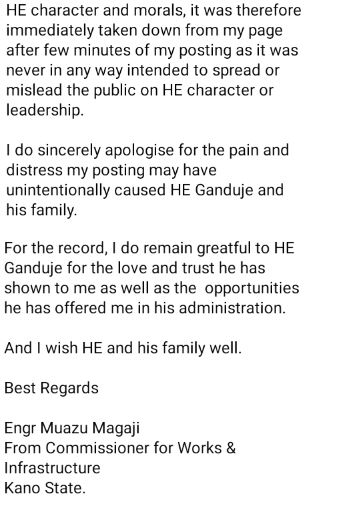