The post was reportedly made during the COVID-19 pandemic lockdown in the country. 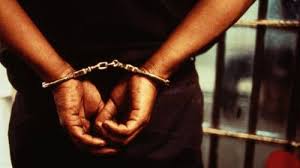 A Nigerian man has been jailed for posting a false information on Facebook about COVID-19.
Habibi Rabiu was sentenced to two months in a custodial centre for posting false information on his Facebook page.
The Department of State Services arrested Rabiu and charged him to court over a post titled, “The rate at which fever is killing people in Kogi State is alarming.”
He was granted bail after being arraigned on charges bordering on “false information capable of causing panic or inflicting injuries in the society.”
The post was reportedly made during the COVID-19 pandemic lockdown in the country.
At the resumed hearing on Tuesday, the prosecuting counsel, Mr M. A. Abaji, argued that the defendant acted contrary to Section 393 of the Kogi State Penal Code by intimidating people, creating fear and inciting people against the state government through his statement on Facebook.
Abaji stated that the defendant also raised a false alarm on the rate of death amid the pandemic in 2020.
He pointed out further that the state epidemiologist, who was invited to testify to ascertain Rabiu’s claims, noted that as of the time the defendant made the post on social media, the death rate in the state was normal.
The defence counsel, E .A. Iwu, argued that the defendant acted based on emotion after his sister, who was diagnosed with malaria fever, died in the state.
The presiding magistrate, Chief Magistrate A.A. Agatha, in her judgement, sentenced the defendant to two months’ imprisonment with no fine option in addition to payment of N5,000 as stipulated by the law.
The convict was said to have paid the money before he was moved to a custodial centre.
Top Stories