The Shepherd of the church, Prophet Oluwatomisin Olugbebi, on Thursday, said the hoodlums threatened to kill the victims if the money was not paid. 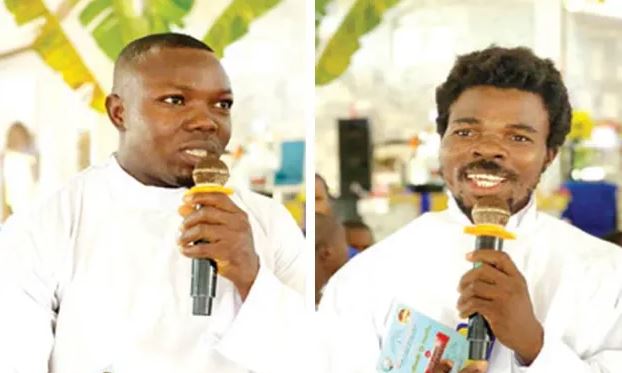 The kidnappers that attacked the Celestial Church of Christ, Oshofa, Wasimi, in the Ewekoro Local Government Area of Ogun State and abducted two Church leaders, have reduced their ransom demand from N50m to N10m.

The Shepherd of the church, Prophet Oluwatomisin Olugbebi, on Thursday, said the hoodlums threatened to kill the victims if the money was not paid.

Recall that the gunmen, who wore masks and fez caps, invaded the church and abducted the Assistant Shepherd (assistant pastor) of the parish, Oluwaseun Ajose, and a Sunday school teacher, Dagunro Ayobami.

The victims were said to have been taken away from the church around 11.40pm on Monday, when the gang struck.

The hoodlums later reached out to the parish founder and demanded a ransom of N50m.

But on Thursday, Olugbebi, who disclosed that the ransom had been reduced, said the gang was threatening to kill the Christians.

He said, “Around 10.30am today (Thursday), they called me and told me the ransom was now N10m and that I have to hasten up with the payment. I told them that I was still gathering the money.

“My assistant, Oluwaseun Ajose, who spoke to me on the phone, said they were taken to a riverbank and the gunmen threatened to shoot them if the ransom was not paid on time. I pleaded with them (the abductors) that I had only gathered N200,000 and was still looking for the rest. But they said I must make the full payment of N10m.”

The state Commissioner of Police, Lanre Bankole, stated that the command was still making efforts to ensure that the victims were rescued unhurt.