Lamenting the security situation in Southern Kaduna, the group stated that the region was now facing wanton killings which had become a ‘reality’ for them for many years. 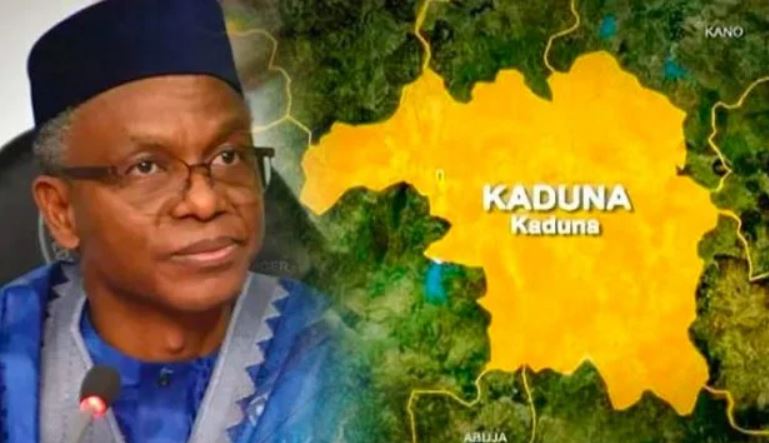 According to a report by The PUNCH, the Southern Kaduna Peoples Union has said it is tired of begging the Kaduna State Governor, Nasir El-Rufai to end the carnage going on in the area.

Lamenting the security situation in Southern Kaduna, the group stated that the region was now facing wanton killings which had become a ‘reality’ for them for many years.

The group’s expression of grief is coming on the heels of the June 5 attack by armed herdsmen on Maikori and three other Adara villages in Kajuru Local Government Area, Southern Kaduna, killing 32 persons and kidnapping 27 villagers.

This was the same day some armed gunmen stormed a Catholic church in Owo, Ondo State and opened fire, killing 40 persons.

In the attack in Kajuru LGA, the villagers confirmed that a gun-mounted helicopter assisted the invaders, while over 30 people were abducted.

The kidnappers have reportedly demanded N100m for their release.

One of the survivors, a native of Chikun Local Government Area and former resident of Maikoro, who spoke to our correspondent on condition of anonymity, said the villagers now lived in bunkers afraid of further attacks.

“I can tell you that we have fled our homes and now hide in bunkers. It is sad. It is like we are fighting a war in Southern Kaduna and no one is coming to our rescue. They have abandoned us to suffer.

“If we stay a week without an attack, then we are lucky. These people are not afraid anymore. They come in broad daylight and attack us, chase us out of our lands and kill anyone who tried to resist.

“There is evidence but I don’t know why the government has refused to do anything to help us overcome this challenge. It now looks like the government is complicit,” the native said.

Another resident, a teacher in one of the primary schools in the area, who preferred not to be mentioned, said, “Our lives are finished. We cannot leave our ancestral lands to these militias who are bent on taking us back to the Stone Age. I was in the church service that day when it happened. These people came in the morning, in broad daylight.

“Earlier in the year, they stormed a community around 11 am and killed every man. Any man who survived that attack must have not been around when they came. They also captured our women. Do you know that till today, nothing has been done? We are tired of begging (Nasir) El-Rufai to end these killings.”

Reacting, the National President, SOKAPU, Jonathan Asake, in an interview with Saturday PUNCH, said the Federal Government needed to intervene because, according to him, the state government has shown that they are complicit.

“On the June 5 attack, the villagers were already winning the battle against these militias before a white helicopter suddenly showed up in the sky and rained bullets on the helpless villagers. No terrorist died but 32 villagers died. Now, the state government is telling us that the white helicopter came for a rescue mission of some sort. How is that even possible?

“An Evangelical Church Winning All Church was bombed and many other homes destroyed. I don’t know what the government wants us to say again. El-Rufai has said he will not pay any ransom. So, he has left us to our fate. How do we raise N100m to bail these villagers?

“We will involve the international community. We will write to the European Union, African Union, United Nations, Amnesty International and others that a war is going on in Southern Kaduna but is being neglected by the government of the day. We are dying every day; they should come to our aid.”