The crash took place in Brentwood, California, USA, near the intersection of Orwood Road and Bixler Road. 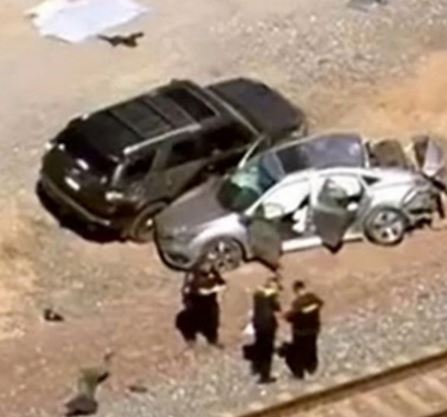 Three persons have died and two others were severely injured after a train full of passengers crashed with a car on railway tracks.

The crash took place in Brentwood, California, USA, near the intersection of Orwood Road and Bixler Road, at around 1pm local time on Sunday, June 26.

There were 80 people on board the train during the time of the crash, but none of them were injured.

The car passengers were the ones hurt – including one child – and were transferred to a nearby hospital, ABC7News reports.

The vehicle, a four-door sedan, was on the tracks when it was hit.

At least two bodies were seen lying on a gravel embankment roughly 25 feet from the vehicle, according to local reports.

The cause of the crash is currently under investigation, but the location is known for its potential dangers, with first responders attending to calls at least once or twice a year, as the crossing does not have a traffic guard.