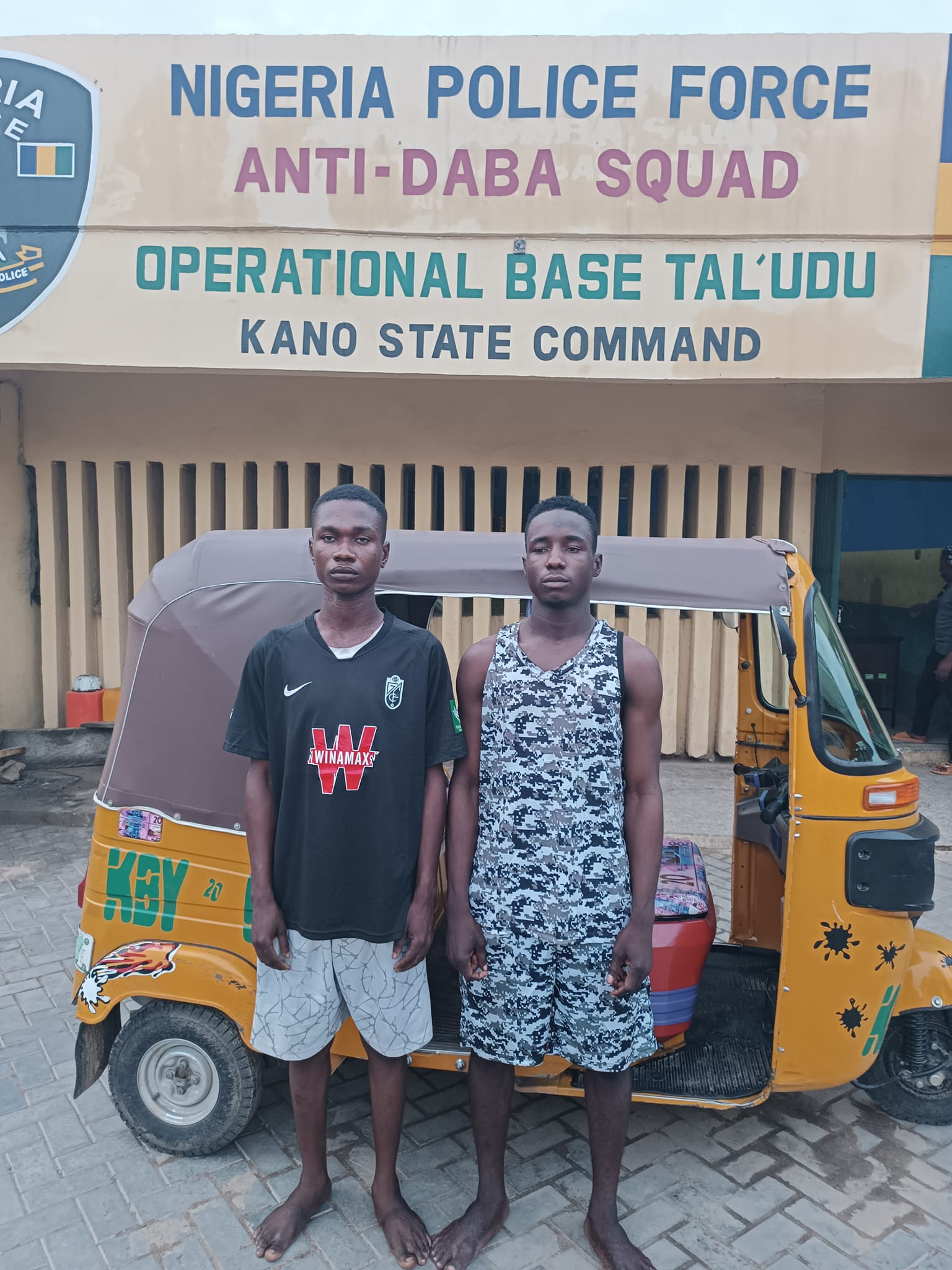 Two thieves who disguise as tricycle operators have been arrested by the Kano State Police Command.
The thieves it was gathered disguise as commercial tricycle operators to rob unsuspecting passengers of their mobile phones.
Spokesperson of the command, SP Abdulllahi Haruna Kiyawa, who disclosed this in a statement on Monday, July 4, said one of the suspects is an ex-convict.
"On 20/06/2022, reports were received that, a syndicate of thieves, disguised as Tricycle Operators, snatched Mobile Phones of unsuspecting passengers at State Road, Tukur Road, and Zaria Road Kano, using a Tricycle with KAROTA Number KBY 0126," the statement read.
"On receipt of the reports, the Commissioner of Police, Kano State Command, CP Sama'ila Shu'aibu Dikko, fsi raised and instructed a team of Operation Puff Adder led by CSP Bashir Musa Gwadabe to trace and arrest the culprits
"The team immediately swung into action. Sustained efforts and intelligence-led follow-up led to the arrest of Mohammed Jidda, 'm', 20 years old, and Adamu Sulaiman, 'm', 22 years old, all of Brigade Quarters Kano
"Suspects were arrested on 25/06/2022 at State Road Kano with the said Tricycle in possession of three suspected stolen Mobile Phones
"On investigation, the suspects confessed that they are thieves and they specialized in using Tricycle to snatch the Mobile Phones of their unsuspecting passengers
"They all confessed to taking intoxicants and have been operating along Tukur Road, State Road, Zaria Road, and other places within Kano Metropolis for over one year. The Mobile Phones in their possession, were also stolen from passengers
"Owners of the Mobile Phones were traced. One of the suspects, Mohammed Jidda further confessed that he was arrested sometimes back for the same offense, charged to court, and sentenced to six months in the correctional center with an option of a fine. He spent three months, later the fine was paid and he was released."
Meanwhile, the Commissioner of Police has ordered for discreet investigation after which suspects will be charged to court for prosecution.
Top Stories