The cleric stated this while reacting to some claims on social media that the victims were neglected. 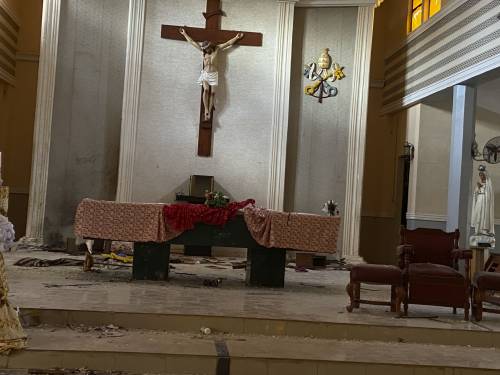 Rev. Fr. Vincent Anadi, the Parish Priest of St. Francis Catholic Church, Owo local government area in Ondo State, has given an update on the state of some of the victims of the June 5 terrorists’ attack.

He has said the church still has victims of the June 5 terrorists’ attack and killings receiving treatment at the University College Hospital, Ibadan, Oyo State, and other top hospitals adding that no one was abandoned.

The cleric stated this while reacting to some claims on social media that the victims were neglected.

He said, “All victims received varying degrees of assistance and financial support from the Church and the Government. The church provided caskets through the diocese except for those who had other preferences and each of the families of the deceased received financial support for funeral arrangements. The costs of drugs were also taken care of and none of the victims paid out of their pocket for medical attention as soon as the church got involved.

“Asides from following up with victims on their treatment, several financial support has also been given to them (directly or redirected from the diocese, the Olowo or the Government), therefore no one can claim they have been abandoned either by the Church, the Government or other stakeholders.

“We still have victims in the hospital being attended to at UCH Ibadan, UNIMED Teaching hospital Akure, St. Louis Hospital Owo and Federal Medical Centre Owo all under the care of the government and the church with the support of stakeholders.

“As for those who wish to profit from the suffering of others; we urge you to have a rethink and learn to use social media for good.”

SaharaReporters earlier reported that suspected terrorists attacked the church in Ondo State, with 40 persons killed while over 60 others suffered various degrees of injuries during the attack.

The incident was said to have occurred at St Francis Catholic Church, Owa-luwa Street, in Owo Local Government Area of Ondo State.