The priest was said to be going to Okwungaga-Ugbokolo to celebrate Holy mass when he was abducted. 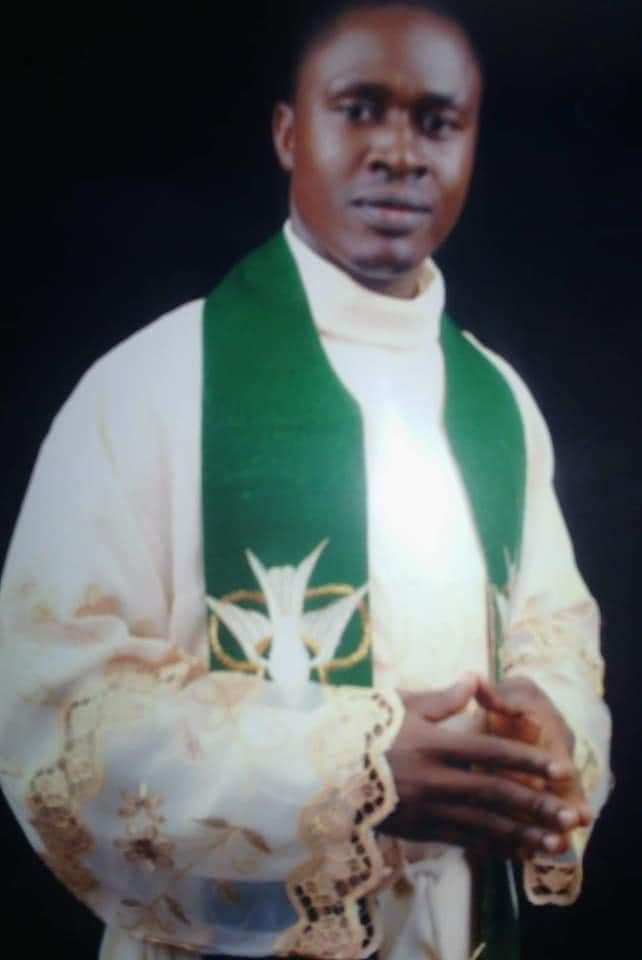 A Catholic Priest, Rev. Fr. Peter Yakubu Amodu has been kidnapped in Benue State.
Information gathered revealed that the priest was kidnapped at about 5:00 pm on Wednesday, July 6, along Otukpo/Ugbokolo highway.
The priest was said to be going to Okwungaga-Ugbokolo to celebrate Holy mass when he was abducted.
The Catholic Diocese of Otukpo confirmed the abduction of the priest in a circular signed by Rev. Fr Joseph Itodo, the Diocesan Chancellor.
"We write to notify you of the kidnap of Rev. Pr. Peter Amodu, a priest of the Holy’ Ghost Congregation who is working in the Catholic Diocese of Otukpo as Parish Priest of Holy Ghost Parish, Eke-Olengbeche," the circular read.
"The sad incident occurred today, July 6, 2022, at about 5.00 pm along Otukpo – Ugbokolo Road, Benue State, while he was on his way to celebrate the Holy Mass at Okwungaga-Ughbokolo.
"The Local Ordinary, Most Rev. Michael Ekwoyi Apochi, has called on all Christ’s Faithful in the Catholic Diocese of Otukpo and beyond to earnestly pray for his quick and safe release as we intensify efforts to ensure his release
"We commend our brother and all those in the kidnappers’ den to the powerful intercession of the Blessed Virgin Mary for their speedy and safe release from the hands of their abductors.
When contacted, the spokesperson of the Benue State Police Command, SP Catherine Anene, said she had yet to receive the report. 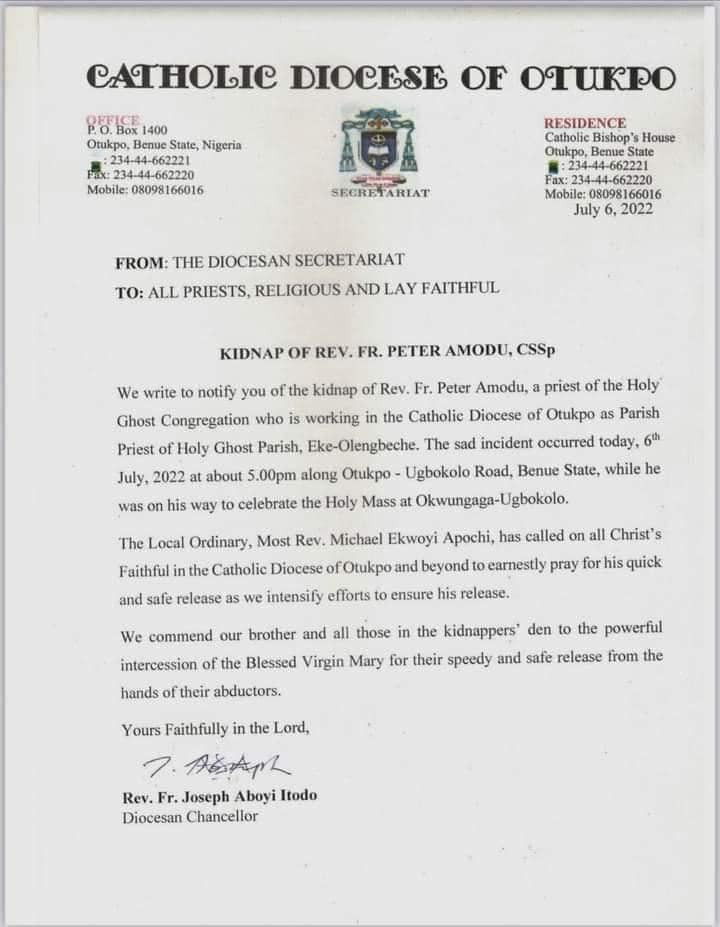