The boy was last seen on 24 May 2022 while with his grandparents and was reported missing a few days later. 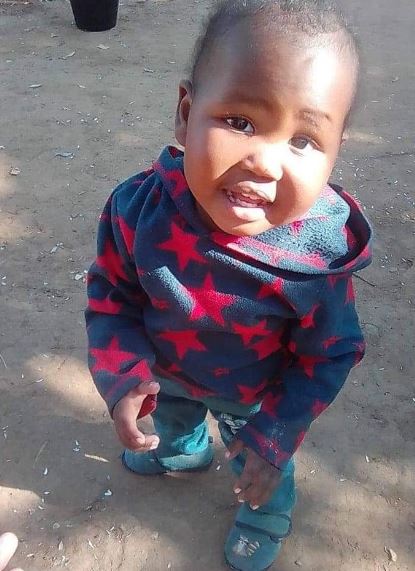 The corpse of a  2-year-old boy identified as Neo Refemetswe Tlhame from Extension 3, Blydeville outside Lichtenburg, South Africa has been found in a shallow grave on Tuesday, 5 July 2022 after he was declared missing.

The boy was last seen on 24 May, 2022 while with his grandparents and was reported missing a few days later.

North West Police spokesperson, Lieutenant Colonel Amanda Funani, who confirmed the development in a statement on Thursday, July 7, said the boy's 22-year-old uncle was arrested on Wednesday, for his murder.

"According to the information received, police were called by Neo’s mother after they spotted a suspicious grave near the river. The grave was dug out and the decomposed body of young Neo was identified with the clothes he was wearing on the day of his disappearance," the statement read.

"Neo went missing on Tuesday, 24 May 2022, while with his grandparents. However, Noe’s disappearance was established by his mother when she went to fetch him after work.  Subsequent to the fruitless search by the community members and Neo’s family, a missing person enquiry was opened for investigation.

"The police also joined the search but Neo was never found. The suspect is expected to appear in the Lichtenburg Magistrates’ Court on Friday, 8 July 2022, for murder."

The Provincial Commissioner of North West, Lieutenant General Sello Kwena congratulated the Lichtenburg Detectives for the quick response that led to the arrest of the suspect.

Lieutenant General Kwena said the police take crimes against children and women very serious and that this arrest proves that those who commit such crimes will not be allowed to walk free in the province.