Students of Rufus Giwa Polytechnic have dumped a student killed by Amotekun operatives in front of the state govt house. 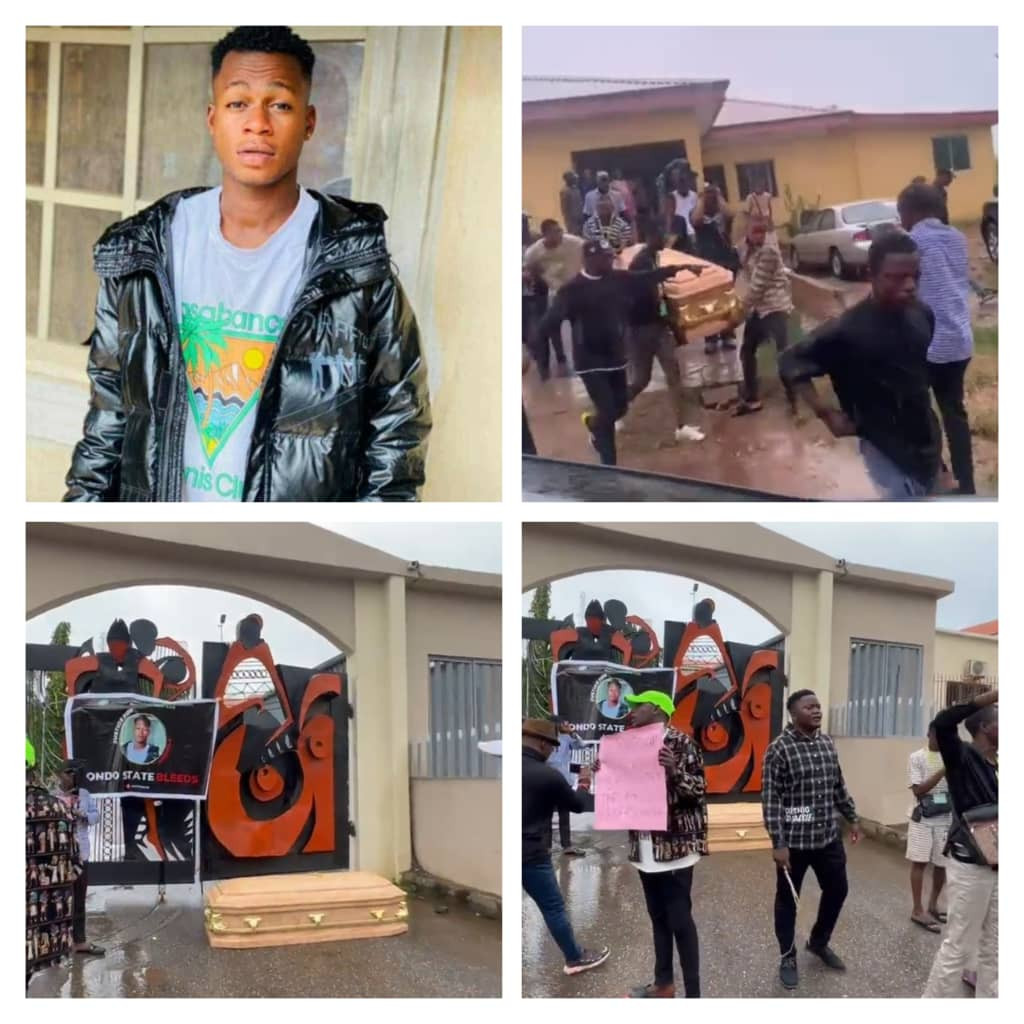 The corpse of a student of the Rufus Giwa Polytechnic, Owo in Ondo State has been dumped in front of the Ondo state government house.
Ademola Alayori died after he was allegedly shot dead by operatives of the Ondo State Security Network Agency, codenamed Amotekun.
In a voice note, Ademola did before his death, he said that the incident happened on Monday night July 4.
According to him, he was at home and had just finished eating and was about to drink water when he saw his brother who is an apprentice at a barbing salon returning home.
He said the next thing he knew was that some men barged into their apartment. Ademola said he inquired what they were looking for but they ignored him and instructed him and others in the apartment to move out. It was in this process that he was allegedly shot.
Adenoma further stated that he was dragged by the operatives to their office where he was kept in a cell with a dog that was licking the blood from his wound. He said he was taken to the Federal Medical Center in Owo after his condition worsened and thereafter an operation was carried out on him. It was in the hospital that he later died.
In protest of his killing, the students carried his corpse this morning to the gate of the state government house where they are demanding that the Amotekun agents that allegedly killed Ademola be brought to book.
The state police command nor the state government is yet to comment on this incident.
Watch a video of the protesting students below: