Presidency: Atiku Not Serious About Winning 2023 Election, Living His Life In Dubai – Adeyanju


The PDP presidential candidate had been residing in Dubai since he lost the last presidential election in 2019. 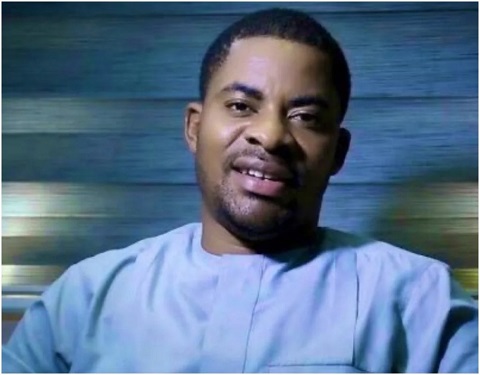 Nigerian activist, Deji Adeyanju has called out the Presidential candidate of the the Peoples Democratic Party, Atiku Abubakar, saying he might cost the party the 2023 election.
He said Atiku’s decision to stay away from the country and only return during elections is said to be a stumbling block towards PDP’s push to return to power.
This is as the PDP presidential candidate had been residing in Dubai since he lost the last presidential election in 2019.
He returned to Nigeria briefly during the party’s presidential primary election which he won.
It was learnt that shortly after the primary election and unveiling of his running mate, Ifeanyi Okowa, the former Vice President flew out of the country again, despite the crisis bedevilling the party.
Adeyanju said the Waziri of Adamawa is not serious about winning the 2023 presidential election.
In an interview with DAILY POST, Adeyanju said: “From his conduct and behaviour, Atiku has only his interest at heart, and anyway you look at it, there is no way you can tell me that a man who scored almost 11 million votes will refuse to go to court even for one day on his own matter.
“We saw how Buhari consistently was at every sitting of the Court of Appeal, Supreme Court pursuing his case. He was there with lots of his supporters, that is, somebody who is serious about business.
“Atiku has become like a serial candidate; he wants to contest every election. He just wants to be on the ballot. I’m yet to see his level of seriousness and strategy.
“That’s why I was the first person to call him out; how can you lose an election then go and spend three years in Dubai? Muslims just had big Sallah, and Atiku is not in the country, and this is somebody who is a frontrunner in the presidential election. He was not in Ekiti, and Osun is a few days away, and he is missing in action.
“These are indices that the man is not serious, and that is why I said except barring any last-minute dynamics; I see APC having the win because the level of seriousness I expect from the opposition is not there.
“Six weeks after presidential primaries, ‘Obedient’ people are still making noise on social media; they are not anywhere in the country, not building any structure; they are just insulting people online. Kwankwaso has the same thing; what is he doing aside from granting interviews, nothing. So, these are not serious people.”
He lamented that while the All Progressives Congress, APC, presidential candidate, Bola Tinubu is in Osun State campaigning for his party, Atiku is “missing in action.”
The rights activist recalled a similar scenario during the last governorship election in Ekiti State.
He added: “Tinubu was in Ekiti and was shouting broom, broom; you will be shocked that he would soon be on his way to Osun. The seriousness from the opposition is just not there.
“When somebody is not serious, of course, he is blocking PDP’s chances of returning to power. If we say, somebody is not serious about a strategy to win an election; it’s like Obi, who is just a social media presidential candidate and likes to appear on TV to dazzle people with figures that don’t add up sometimes.
“Look at Tinubu during the APC presidential primaries; he didn’t grant one television interview, and he wasn’t on social media saying anything. Osinbajo was popular on social media and doing the PR, yet he came third. AMAECHI, who did not do anything, came second.
“So, politics is dynamic; you must be willing to do the work.”
Top Stories