The convicts Mallanta Lawal, Lawal Mohammed, and Sani Lawali, all of no fixed address, pleaded guilty to the charge and begged the court for leniency. 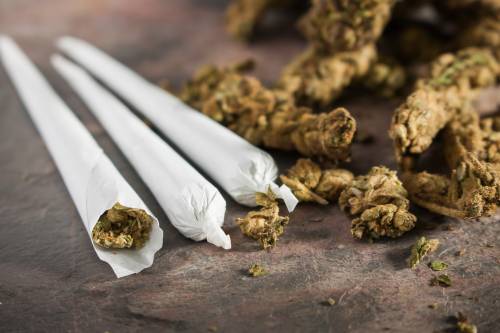 Three men have been sentenced to 10 months imprisonment each for possession of marijuana by a Dei-dei Grade I Area Court in Abuja, on Thursday.

The convicts Mallanta Lawal, Lawal Mohammed, and Sani Lawali, all of no fixed address, pleaded guilty to the charge and begged the court for leniency.

Delivering judgment, Justice Sulyman Ola, held that he sentenced Lawal, Mohammed and Lawali based on their guilty plea.

”Having found the convicts guilty of the offence, in line with their plea for mercy and as first time offenders who did not waste the time and resources of the court, court gives them an option to pay N40, 000 fine,” he held.

He said the judgment would serve as a deterrent to those who would want to indulge in any criminal act.

Earlier, the prosecution counsel, Mr Chinedu Ogada, told the court that the convicts were arraigned on two counts of joint act and possession of dry leaves suspected to be marijuana.

Ogada said that on June 28, at about 6 pm, a team of police officers led by CSP Sadiq Abubakar, Divisional Police Officer, Mabushi, Abuja, arrested the convicts while on patrol in Mabushi.

The prosecution counsel said during the police investigation, all three suspects admitted to committing the offence.