Narrating how the incident happened, the mother of the baby, Binta Alhassan said the woman stole the child while she was bathing. 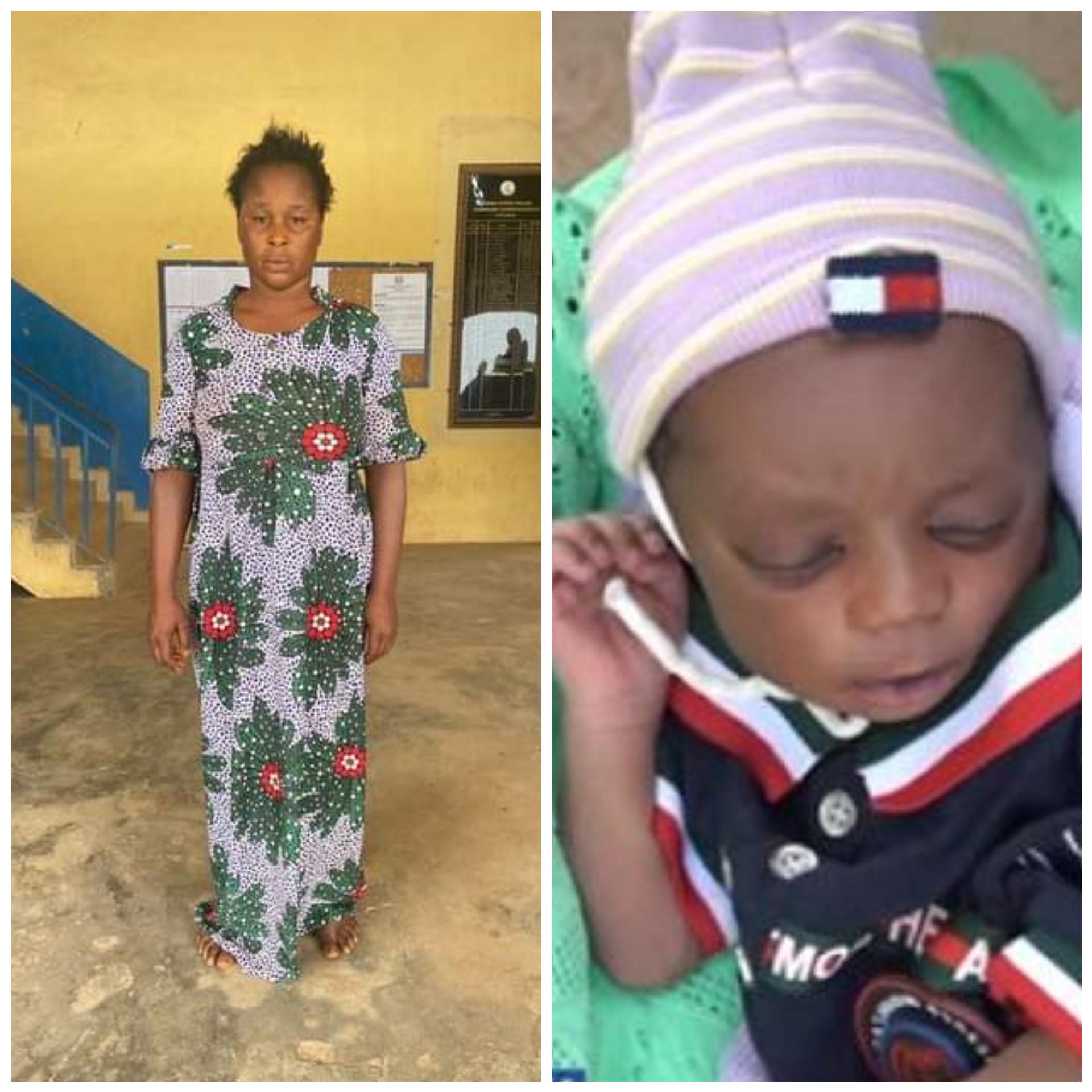 A 35-year-old woman, Funmilayo Mogbojuri has been apprehended by the police in Ondo State Police.
She was arrested for allegedly stealing a newborn baby at Sabo in Okitipupa Local Government Area of the state.
Spokesperson of the command, SP Funmi Odunlami, who disclosed this in a statement on Wednesday, July 20, said the suspect was apprehended in Sagamu, Ogun state, five days after she absconded with the baby.
The PPRO said the suspect had earlier stolen a baby from the residence of another woman in Okitipupa in January 2021, but the baby died few days later.
"On 13th July, 2022, one Abass Issah of Arikawe Street, Okitipupa came to the Station and reported that his new born baby was stolen by unknown persons," the statement read.
"Discreet investigation by Okitipupa Divisional Policemen led to the arrest of one Funmi Mogbojuri ‘f’ age 35years who absconded with the baby to Makun, Sagamu in Ogun State
"During interrogation, she confessed to have absconded with the baby to her husband’s house one Odunayo Ayobami ‘m’, it was also discovered that she stole another baby on the16th ofJanuary, 2021, in Okitipupa, took the child to Igbokoda and gave him to one Lucky ‘m’ and said the child died few days later. Investigation is on going."
During interrogation, the suspect confessed to the crime and pleaded for forgiveness, claiming that she could not understand the spirit that entered her to have committed such act.
Narrating how the incident happened, the mother of the baby, Binta Alhassan said the woman stole the child while she was bathing.
According to Binta, the suspect came to her begging to pass the night which she obliged her by giving her a room but to her shock while on her way from the bathroom the following morning the woman had absconded with the baby.
Top Stories