Jaafar took to his page to share a rather sarcastic apology to his fellow Northerners. 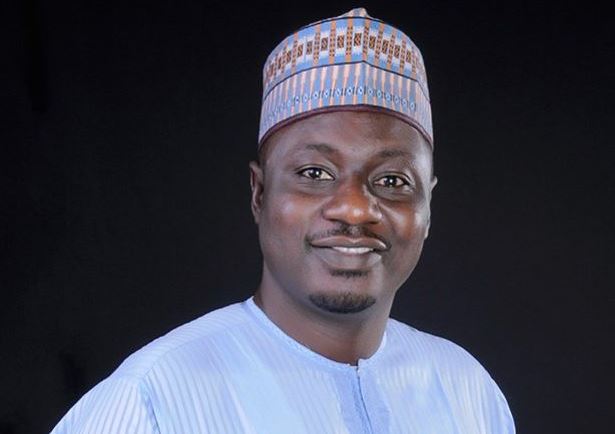 Kano journalist and founder of Daily Nigerian, Jaafar Jaafar has tendered an 'apology' to his fellow Northerners who were offended by a post he made on Facebook lambasting President Buhari over the appointments he has made so far.

In his initial post, Jaafar tackled the President for appointing yet another Northerner.

He was reacting to the appointment of the Deputy Corps Marshal, Finance and Accounts, Federal Road Safety Corps, Dauda Biu, as the acting Corps Marshal of the FRSC. Jaafar wrote

''Even FRSC, this man is appointing a northerner! With all the northerners forming the country’s security architecture today, security situation has deteriorated in the region.

When Buhari leaves office, we, northerners, will have no ground to groan under lopsided appointments.''

Some Northerners apparently attacked him for his comment. Jaafar took to his page to share a rather sarcastic apology to his fellow Northerners.

To those who are angry with my post on Buhari’s chronic nepotism, let me ‘correct’ it here: 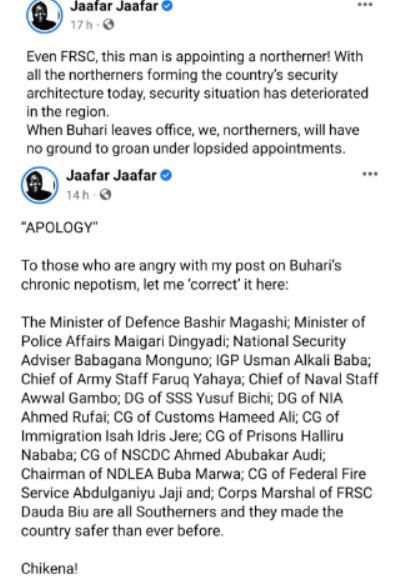