#BBNaija: Chichi Confronts Sheggz After Catching Him Peeping At Her While Bathing


Chichi, a chef by day and an exotic dancer by night, confronted the 26-year-old England-based footballer for peeping at her while bathing. 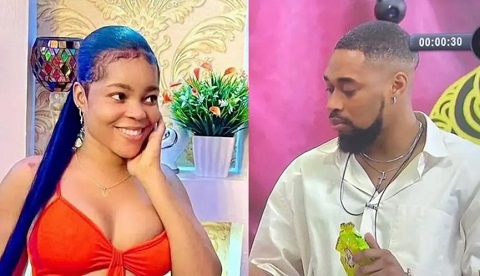 BBNaija Season 7 housemate Chichi has confronted her fellow housemate, Segun Daniel Olusemo aka Sheggz after he peeped at her while she was taking her bath.
However, Chichi was shocked as Sheggz didn't refute the accusation.
Chichi is a chef by day and an exotic dancer by night.
She was angry that Sheggz invaded her privacy and tried to tackle him.
She said: “I don’t know what your intentions are. You peeped at me while I was having my bath earlier today.”
Responding, Sheggz quite surprisingly didn’t refute the allegation rather he made attempt to justify the act.
“Babe, I looked at you. I am not even capping. Am I gay?” The actor retorted.
Top Stories