The police said the 27-year-old driver and her accomplice hijacked the truck in Northern Cape, Winsorton. 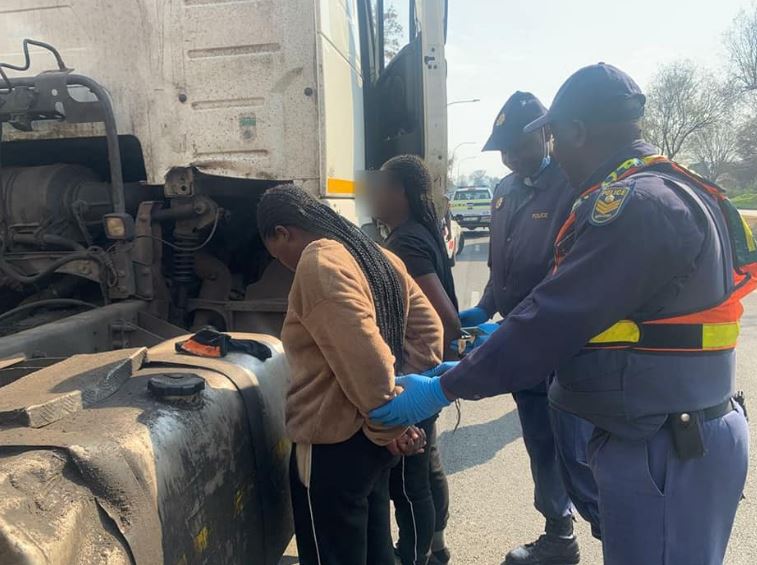 Two women have been arrested by officials of the South African Police who allegedly hijacked a tipper truck.

The police, in a statement on Thursday, July 28, said the 27-year-old driver and her accomplice hijacked the truck in Northern Cape, Winsorton.

"As part of Operation #OKaeMolao, a multi-disciplinary roadblock was held at Kliprivier Road which resulted in the recovery of a tipper truck which was hijacked in Northern Cape, Winsorton," the statement read.

"The driver (27) and her 20-year-old accomplice were arrested. Overnight operations to trace wanted suspects across the Gauteng province, saw the apprehension of over 900 people for crimes varying from murder, attempted murder, robbery aggravated, assault as well as gender based violence related offences among others." 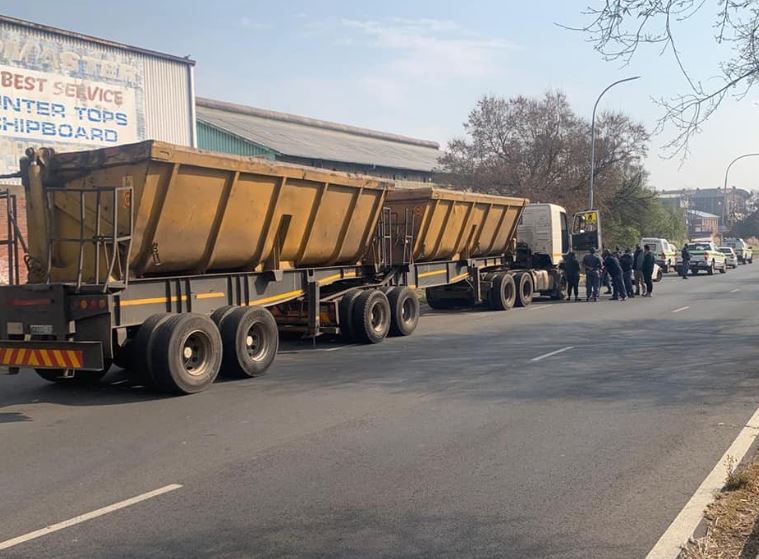 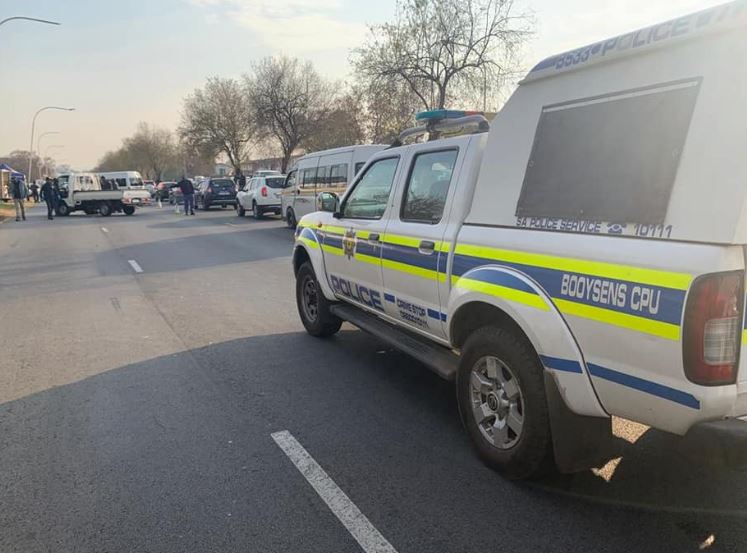 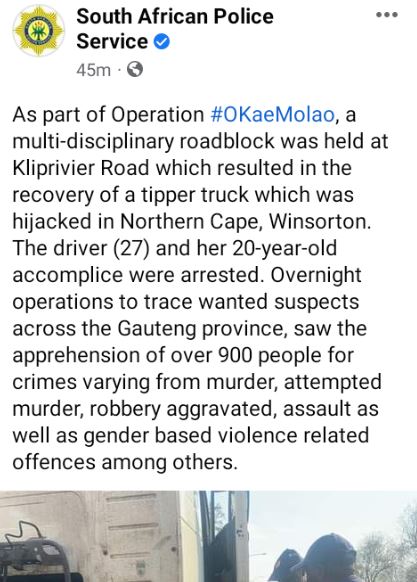