He said the infiltration of the nation’s landscape by bandits and terrorists was an indication of the government’s failure. 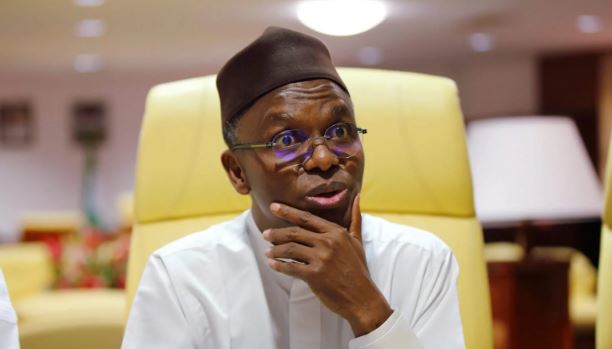 The Afenifere socio-political organization has said the threat to kidnap President Muhammadu Buhari and Nasir El-Rufai of Kaduna state should not be overlooked.
Recall that terrorists had over the weekend threatened to kidnap Buhari and El-Rufai.
Reacting, Afenifere said it does not take the threat by kidnappers and bandits lightly.
Afenifere's reaction comes after Jare Ajayi, the spokesman of Afenifere, said the Kaduna State Governor, Nasir El-Rufai affirmed that Buhari was unaware of the reality in the country.
He said the infiltration of the nation’s landscape by bandits and terrorists was an indication of the government’s failure.
A statement by Ajayi reads partly: “It would be recalled that the Minister of Information, Lai Muhammed, described the threat by terrorists to kidnap President Buhari and Governor Rufai as laughable, while his counterpart in the Ministry of Finance, Zainab Ahmed, said that the Nigerian economy is doing very well, far better than under the previous administrations.
“What further drove home the fact that President Buhari is not always aware of the reality of the country’s situation was the disclosure by Governor El Rufai of Kaduna State that President Muhammadu Buhari was not aware that terrorists threatened to kidnap both the President and himself until he (Rufai and Governor Bello Matawalle of Zamfara State) told him.
“In any case, we in Afenifere do not take the threats by the kidnappers, bandits and terrorists lightly. What with another deadly attack that happened in Owo, Ondo State, on Wednesday, July 27th, barely seven weeks after the gruesome attack on St Francis Catholic Church in the same town. We in Afenifere, in strong terms, condemn this new attack as we did the previous time. It is seen as a provocation that can no longer be accepted.
“The impression had always been that the Chief Executive Officers at the national and State levels get daily briefings on the security situations in their respective areas.
“Had it not come from Governor El-Rufai, it would have been very difficult to believe that President Buhari was not aware that he was under the radar of would-be kidnappers.
“Yet those around the President were very much aware of this fact. Why didn’t they bring it to his attention? Where is the position, indeed the role, of the National Security Adviser in all these?
“We are asking these questions because, among others, funding cannot be an excuse.”
Top Stories

BBNaija: Doyin Opens Up On Her Feelings For Deji (Video)