Lawal said the agenda of the Muslim-Muslim ticket is just unfolding, adding that Christians will resist it. 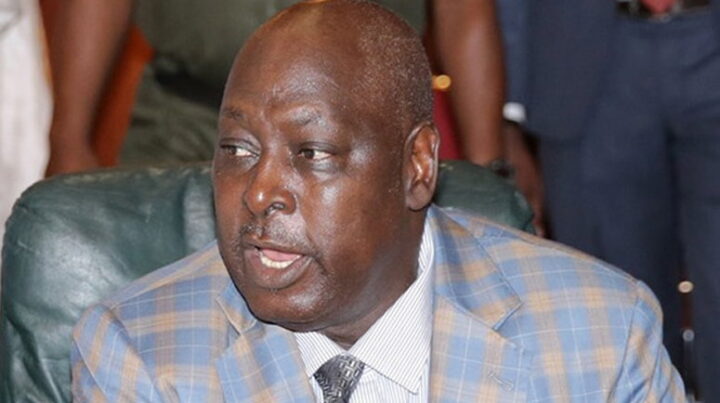 A former secretary to the government of the federation (SGF), Babachir Lawal, has declared he us against the APC's Muslim-Muslim ticket.

He said the Muslim-Muslim ticket of the All Progressives Congress (APC) for the 2023 presidential election will be resisted with prayers.

Lawal said this at the APC northern Christian leaders summit on Friday.

Bola Tinubu, the APC presidential candidate, picked Kashim Shettima, the former governor of Borno who’s also a Muslim, as his running mate for the 2023 presidential election. The development elicited outrage from key stakeholders, particularly the Christian Association of Nigeria (CAN).

Commenting again on the issue, Lawal said: “Clearly, there is an agenda to politically, religiously, and economically suppress and oppress the Northern Christian. But we are up to the task.

“We will protect ourselves. The PVC and our prayers will be our weapons of choice and we will massively deploy them in 2023.”

Lawal said the agenda of the Muslim-Muslim ticket is just unfolding, adding that Christians will resist it.

“The main purpose of this historical narrative is to let you know that for The APC, a Muslim-Muslim ticket has been a long-term political strategy and not a one-off decision. Thus, all this talk of competence as the reason for the choice of the Muslim VP is balderdash and diversionary. This is a calculated anti-Christian exclusion agenda that is being implemented,” he said.

“One might ask: why is the APC itself mute about our rejection of this Muslim Muslim ticket? And why has none of the other perpetrators of this crisis reached out to Christians for a dialogue? Why are they instead hiring fake Bishops and taking church groups to further embarrass the Church? Why are they embarking on a vicious media war against CAN and the Church instead of seeking reconciliation? Truly, things are not adding up.

“We see this ticket as an assent to the current and continuing educational, economic and political marginalization of the Northern Nigerian Christians.

“This scenario is what we find in all agencies of governments in the north. Therefore, we view this Muslim Muslim ticket as an extension of this practice of exclusion to the uppermost level of government.

“Christians all over the country see this Muslim Muslim ticket as a deliberate and premeditated attempt to introduce and firmly entrench religion into the politics of this country. This, of course, will lead to further disharmony in the hitherto fragile coexistence of the Nigerian society, disrupt peace and hamper both social and economic development of the country.”