The EFCC said that Mompha failed to appear in court for his money laundering trial. 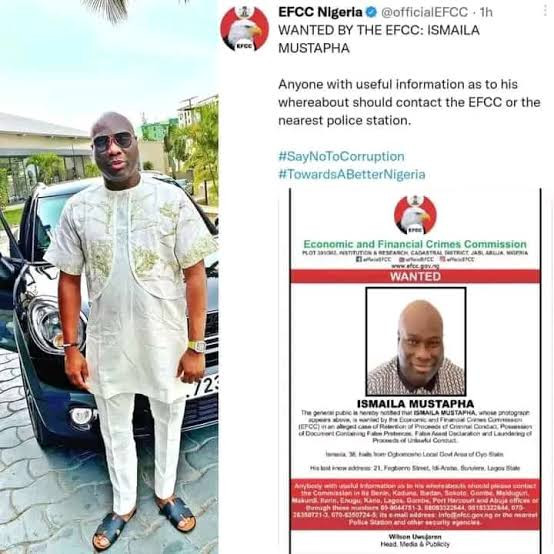 Nigerian businessman, Ismaila Mustapha aka Mompha has broken his silence after being declared wanted by the Economic and Financial Crimes Commission (EFCC).
The anti-graft agency released a wanted person's poster with Mompha's face on it and asked the public to provide information on his whereabouts.
The EFCC said that Mompha failed to appear in court for his money laundering trial.
Reacting, Mompha accused the EFCC of being corrupt. He added that the agency is a "charade" and he has come to the conclusion that he can't get justice "within this corrupt-laden system".
He also asked why the EFCC has not declared Nappy, his alleged co-conspirator, wanted.  He said this is because the agency has allegedly "extorted money, cars, and landed properties from Nappy" but they declared him (Mompha) wanted "to generate cheap publicity".
He insisted he has not committed any crime and only paid money to Nappy in the normal course of his Bureau De Change business.
"I don't know why EFCC are so jobless that they want to tarnish my image," he wrote.
He added: "last last na International Court go settle this matter @officialefcc."
Read Mompha's full statement below: