One locally made gun and four rounds of live cartridges were recovered from the suspects. 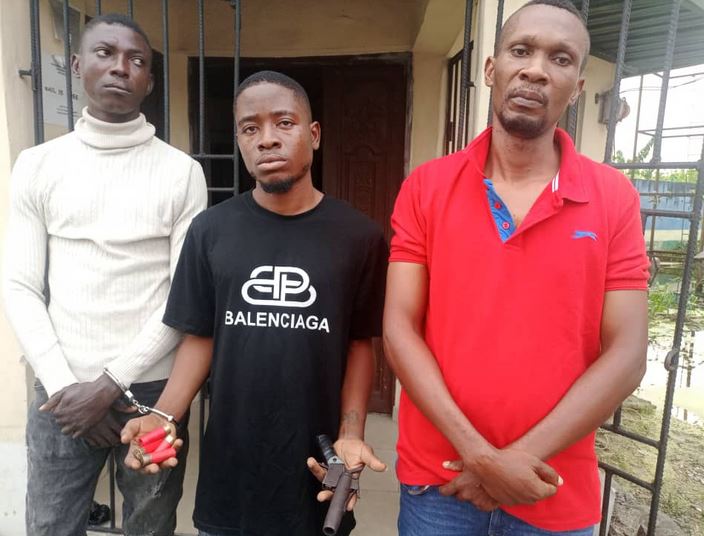 Three suspected cult members have been apprehended by men of the Delta State Police Command in Warri area of the state.

Spokesperson of the command, DSP Bright Edafe, who disclosed this in a statement on Wednesday, August 17, said one locally made gun and four rounds of live cartridges were recovered from the suspects.

The PPRO stated that one of the suspects, Chukwuma Owoh, confessed that they were on a revenge mission against some Aiye confraternity cult members that attacked his sister.

"On 05/08/2022 at about 1345HRS, police operatives attached to Quick response squad (QRS) during a stop and search duty along Pessu corner in Warri, intercepted a tricycle with three occupants and upon search of the occupants, one locally made cut-to-size gun and four live Cartridges were recovered from them," the statement read.

"One of the suspects, Chukwuma Owoh confessed that he bought the gun from one Haruna of Hausa market Warri, and that he was on his way to Pessu in search of some Aiye confraternity cult members that attacked his younger sister. The suspects are currently in custody and investigation is ongoing."

Meanwhile, the Commissioner of Police in the state, CP Ari Muhammed Ali, has urged officers and men of the Command to sustain the tempo in the fight against crime and criminality in the state.