The party chieftain was forced to stop the interview and was booed as he walked away. 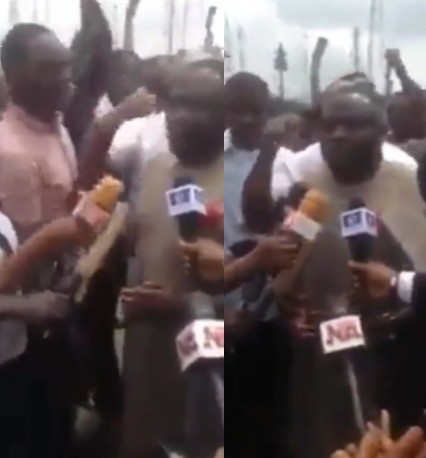 A video has surfaced online showing the moment a chieftain of the All Progressives Congress was booed while giving an interview.
The angry youths unleashed their anger on the APC chieftain, saying that the government of President Muhammadu Buhari has failed Nigerians.
The politician was granting an interview with some journalists when the youths interrupted him with shouts of 'APC, they have failed"
The party chieftain stopped the interview and was booed as he walked away.
It is not clear where and when this incident happened.
Watch video below: