Following ASUU strike of over six months, weeds have taken over UNIPORT gate. 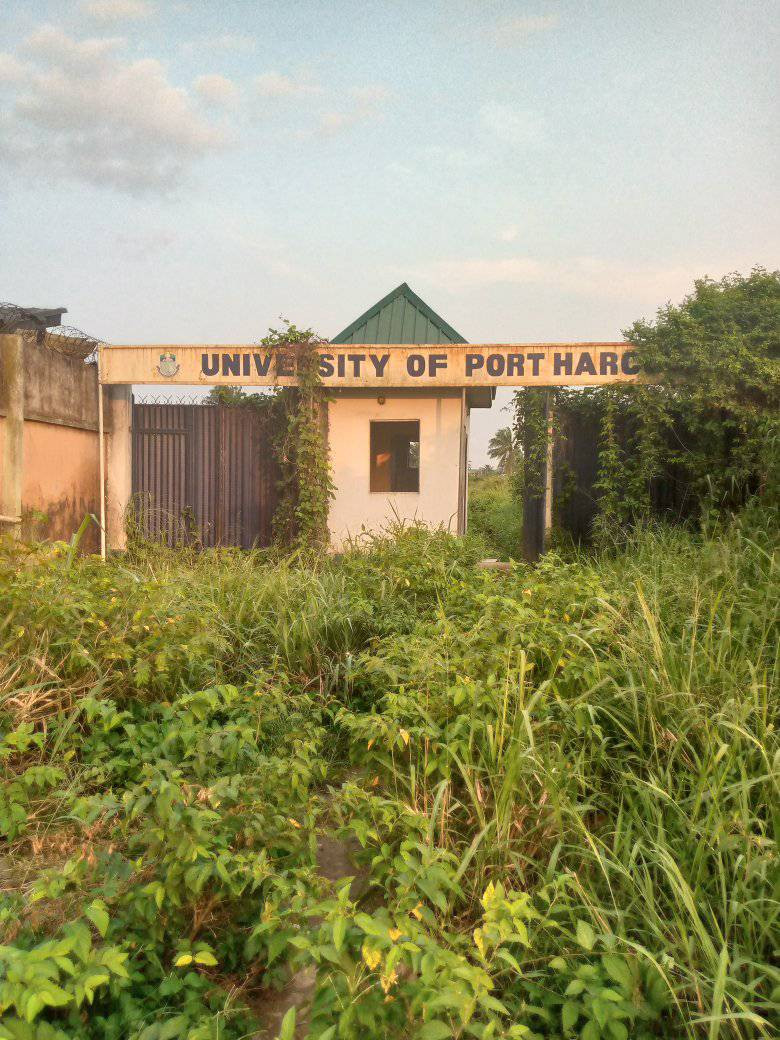 Following the strike action embarked on by the Academic Staff Union of Universities, weeds have taken over the gate of the University of Port Harcourt.
As a result, the entrance to the school gate is almost inaccessible.
A social media user shared the photo of the gate stating that the ASUU strike of over six months was responsible. 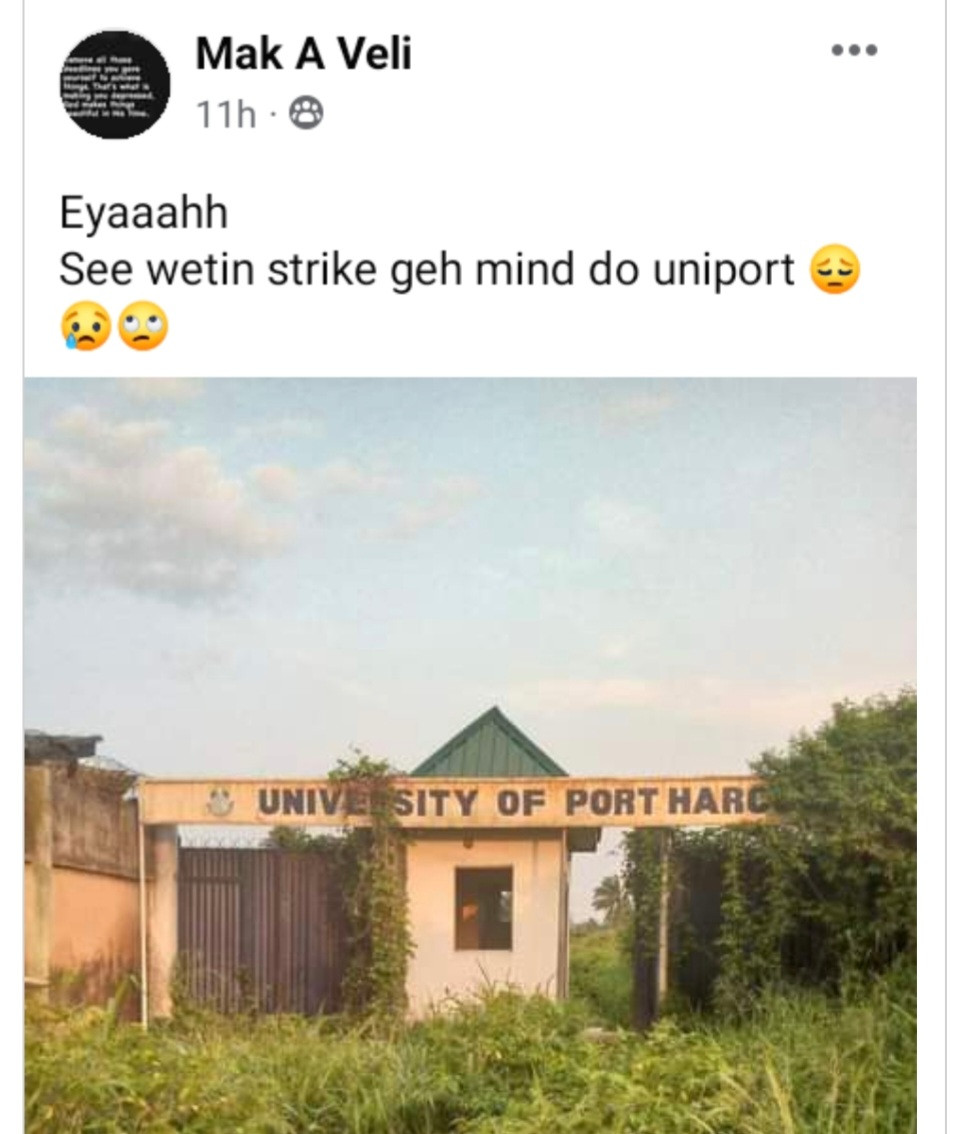