Haaland, who joined City in the summer, has already scored three goals in 141 appearances for club and country, totaling 137 goals since the start of the 2019–20 season. 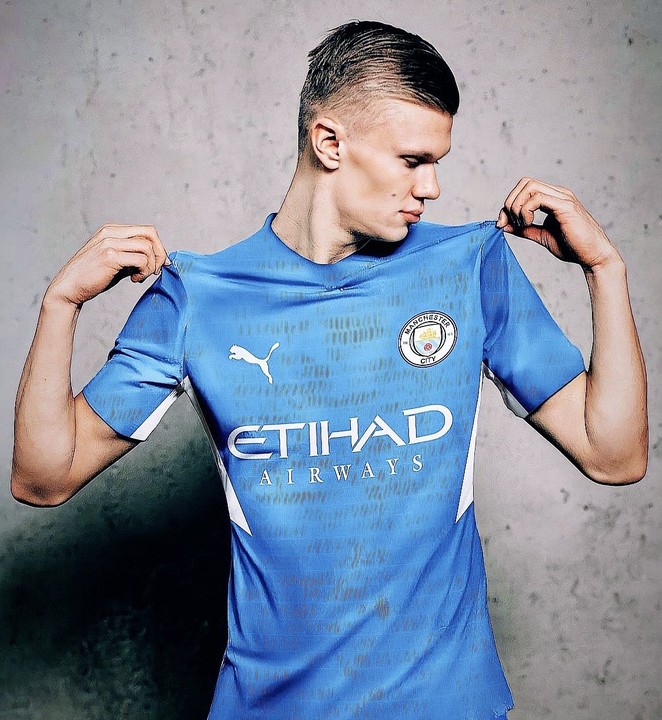 Manchester City forward, Erling Haaland has revealed the play that inspires him.
Haaland said Karim Benzema is his inspiration and the kind of player he wants to become.
Since he was a teenager, Karim Benzema has emerged as one of Europe’s top strikers. However, the Frenchman has improved significantly since turning 30 and had his best season ever in 2021–2022.
Haaland, who joined City in the summer, has already scored three goals so far.
The Norwegian, however, doesn’t take his success for granted and keeps an eye on the bigger picture.
“I don’t know what will happen, but it must always be about learning, about developing,” Haaland told FourFourTwo. “You can never stop looking for new ways to become better.
“Look at Karim Benzema at Real Madrid. He’s 34 now, and suddenly he’s developed into an even better player over the last couple of years – that’s insanely good. I want to always do that.”
Benzema had only scored 12 goals across all competitions during the 2017/18 season with Real, his lowest tally since his debut year in Madrid.
Top Stories