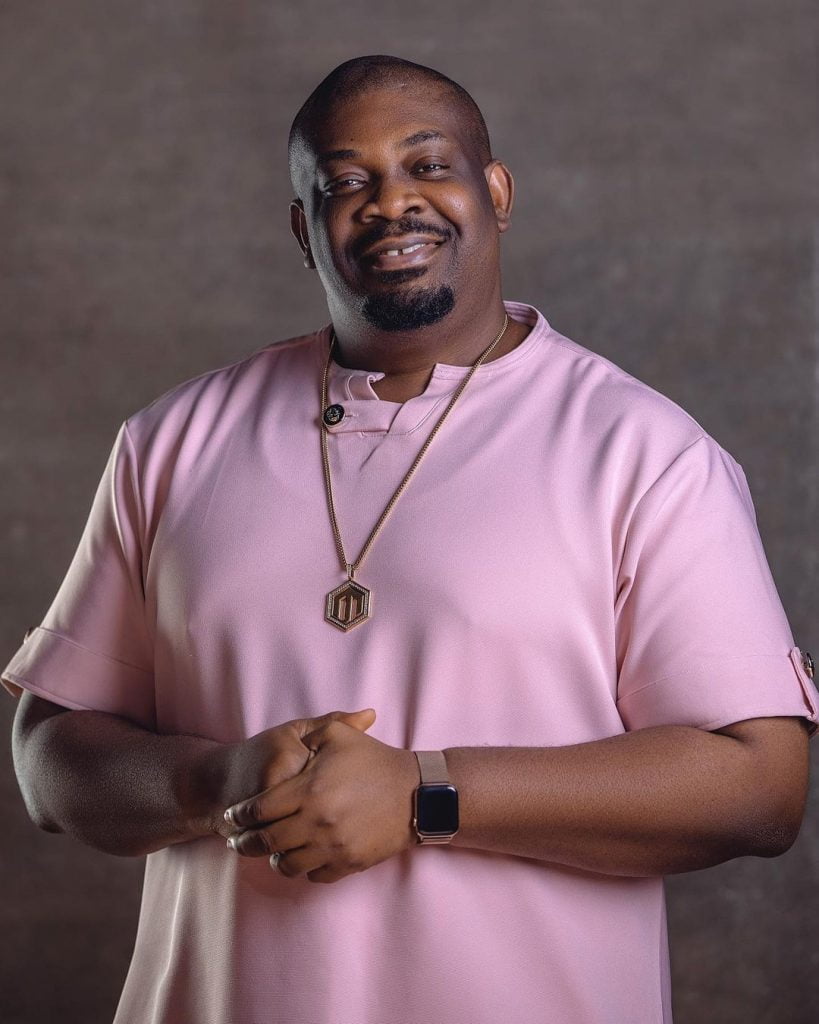 Micheal Collins Ajereh, the popular Nigerian record producer and founder of Mavin Records, who is popularly known as Don Jazzy, has given some advice to up-and-coming artistes.

The music executive disclosed how he met and signed many artistes on his record label.

He posted screenshots of three of the budding artistes – Avra, Boyspyce and Bayanni –  he reached out to.

He wrote, “Dear upcoming artists, from these 3 screenshots, you can see that I reached out to Ayra, Boyspyce and Bayanni myself. I won’t have reached out to them if I didn’t see a sample of what they can do on their Instagram pages. For the umpteenth time, showcase yourself on your page. I know it seems uncool to post a lot. But then again you would be an uncool artist if it’s only your family that gets to hear your beautiful music till you give up.

Love from The Don. ”

A post shared by ITS DON JAZZY AGAIN 🐘 (@donjazzy)

This is coming hours after Bryann, a housemate in the Big Brother Naija reality TV show became a media sensation following his thrilling performance in the house during a task assigned to him by Biggie.

Biggie had paired the housemates to write a song. Bryann, who was matched with the current head of house, Chomzy, gave a mind-blowing performance which attracted Don Jazzy.

The Mavin Records pioneer, who had watched the freestyle, took to his Twitter account, where he wrote, “Haha Bryan na bully for this competition. Machinery #bbnaija.”

The Mavin Records is one of the largest music companies in Nigeria founded by Don Jazzy in 2012, after he left Mo’Hits Record owned by him and DBanj at the time.