This was as he reiterated that the chapter of ASUU had not pulled out of the ongoing strike ordered by the national leadership of the Union. 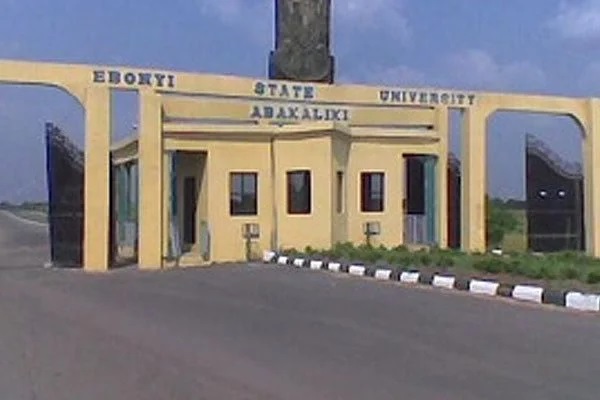 The Academic Staff Union of Universities, Ebonyi State University Chapter is still on strike.
Dr. Ikechukwu Igwenyi ASUU chariman in the state made the clarification.
He said universities owned by state governments in the country can not survive without aligning with the Union for intervention and other assistance.
This was as he reiterated that the chapter of ASUU had not pulled out of the ongoing strike ordered by the national leadership of the Union.
He stated this in an interview with our correspondent in Abakaliki, Monday evening.
According to him, 98 per cent of what the universities enjoyed today came from the ASUU struggle and through the intervention of the Tertiary Education Trust Fund.
“That rumour going on that some state universities want to break up from the ongoing industrial action by the ASUU is baseless. If any university tries it, such institution will still run back to ASUU because 98 per cent of the structures and equipment being enjoyed today in all the state universities are courtesy of the TETFUND and NEEDS Assessment via the ASUU struggle,” he said.
“There are many universities that have tried it before now to separate themselves from ASUU, but it didn’t work out. Obafemi Awolowo University and the University of Ilorin tried it before but later ran back to its source of livelihood which is ASUU.
“If the state universities have the same visitors as Federal universities, it would have been easier, but as long as we have different visitors in the state universities with their different priorities not having any regard for the education of the poor masses, it will never work,” he explained.
He added, “Yes, people said EBSU is in session. But it’s lie. The authorities did that to deceive the students, so that those students can come and pay school fees for them (the authorities) to pay salaries. But after that, those students were left to their own fate. We didn’t pull out of the strike. We are still part of it and it’s still ongoing.
“And no state government in Nigeria pays 100 per cent of the workers’ salaries.
Instead, workers’ salaries come mostly from the Internally Generated Revenue of the school.
“The best the state governments have done so far is to subvert the universities. In Ebonyi State University for example, the state government gives monthly subvention of N150 million and takes N30 million up front as tax, leaving the university with N119 million.
“How can such university pay salaries when it needs to get over ₦260 million monthly to be able to pay their workers.”
Top Stories

Bitter Dad Caught Peeing On Ex-Wife’s Grave Every Morning, Despite They Have Been Divorced For 48 Years
Recent Stories