The lady identified as Gweneth Lee, 50-year-old says she has no regrets. 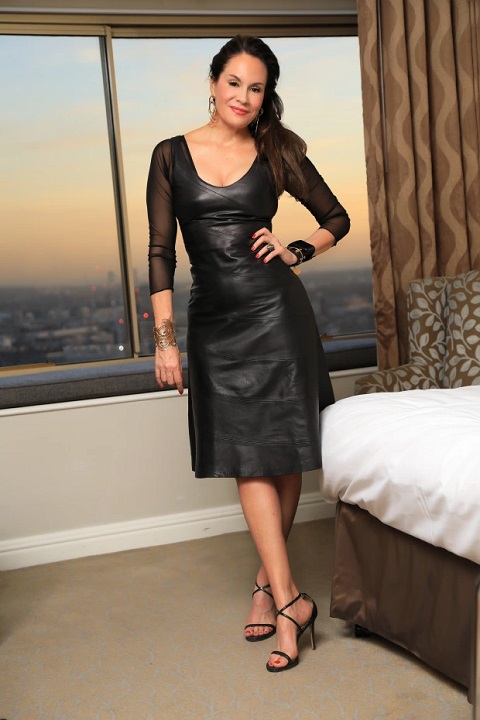 A 50-year-old woman has confessed to sleeping with 1,000 married men.
According to Sun UK, Gweneth Lee, 50 said she splits her time between London and California to enjoy herself with different men.
“There’s so many married men on the scene to have affairs with,” says Gweneth, who splits her time between London and California. “Film producers, finance guys and bio hackers… they are some of the men I’m currently seeing and they all want another woman.”
Her views are backed up by actual statistics.
A new survey of 2,000 customers by dating affairs agency Illicit Encounters revealed people are more likely to start an affair in September than any other month.
It has overtaken January as the biggest month for adultery.
The key reason behind the 22 per cent autumn rise in affairs is the strain the long summer holidays puts on long-standing relationships.
A third of women (32%) and a similar number of men (34%) said prolonged exposure to their partner on holiday made them think of starting afresh.
The gradual end of working from home is another factor in the autumn rise in affairs.
“People are just sick of seeing their boring, boring partners all the time,” said Gweneth, who estimated she’s had a thousand married lovers.
“They’re sick of their faces, sick of their bodies, sick of talking to them.
“It’s like the pandemic… who wants to spend that much time with one person?!”
My lovers say to me, 'I am so sick and bored of my horrible family' and I sympathise.
“How much of your family can you really see?”
A married woman she knew, who she claimed was having an affair with a married man, said she stayed with her husband as they parented the children well and it made financial sense.
“But intellectually and sexually they don’t work,” Gweneth said. “So she’s taken a lover who is extraordinary in the bedroom. I understand it. People need all their needs fulfilled - not just some.”
She said a return to the office and children going off to school and university enabled affairs to happen practically.
“People can lie and say they are in meetings,” she explained. “In fact I’m arranging a rendezvous soon with a lover and he’s using this exact excuse.
“His wife doesn’t know and I don’t care. Why should I feel guilty? The onus is on him, not me.”
Gweneth, who has been married before, said she was unlikely to ever have a long-term partner again.
“Married men are just better,” she said. “They notice when you’ve had a hair cut, done your nails or bought a pretty dress from Dolce & Gabbana.
“I enjoy the attention and compliments, but I don’t want to be stuck with him permanently.
“It’s why I’ve had an astronomical number of lovers.
“If I wanted to date a painfully average man I would just go on Tinder.”
Gweneth’s favourite type of lovers are rich, intellectual and worldly.
They buy her gifts. “I’ve been given expensive clothes and jewellery,” she explained. “Recently I received a car and a charming Salvador Dali piece.
“I’m enjoying receiving artwork at the moment.”
She knows she’s criticised and doesn’t care.
“The idea of having a dreary, monotonous lifestyle is intolerable,” she said.
“But some women are angry with me. On one occasion a pregnant acquaintance heard I was seeing a married man and turned on me. She launched herself towards me, bump first, at an event and accused me of being a homewrecker.
“She need not have worried — there is no way I’d have gone for her man. I think about the people who criticise me and wonder: “Are you happy at home watching This Morning? Or don’t you crave excitement, like me?”
Top Stories