The students, who are the main lifeblood of this area, are currently at home waiting for news on when the strike will be over. 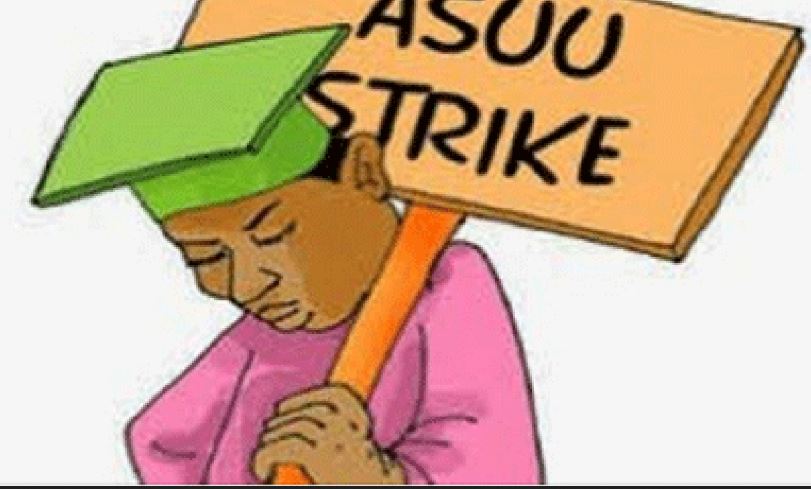 The ongoing ASUU strike has brought many businesses in university towns to a halt.

According to Daily Post, Mega Screen, a once bubbling area at the temporary site of the University of Abuja is currently like a ghost town, it has been like that since February.

The students, who are the main lifeblood of this area, are currently at home waiting for news on when the strike will be over.

Alhaji Bagudu and many other petty traders, Mai Suya, Mai Shai and others are equally waiting for news on the call-off of the strike as the businesses depend on the students.

“In February, when the strike was declared, some of the students stayed, hoping it’s going to be a short strike. After a while, most left. Right now, it is pointless opening the shops. Some days, you don’t even make enough to cover transport,” Mr Bagudu said.

While attention has been on the plight of students, the entire university ecosystem goes beyond students and staff of the university, as several businesses depend on the university community to sustain.

From transportation to housing to hospitality and other businesses, these businesses are counting the cost of the shutdown of these schools.

“We lost 1 year of rent in 2020. And we have almost lost this year,” Aliyu Isiak, a house agent in Gwagwalada told DAILY POST.

“Most houses will require massive renovation when students resume. Some of these houses have been taken over by rodents. In some cases, hoodlums and thieves have burgled some of the houses,” he added.

Most of these businesses depend on students. Their business models envisage short and long holidays, not strike, particularly the uncertainty associated with the strike.

In some instances, the entire economy depends on these schools. When students are on holiday or strike, the economy of that community relapses into a coma.

While the lecturers are insisting that their salaries while on strike must be paid, businesses around these schools continue to suffer without hope of assistance from the government.

Agbeyangi Saliu, a businessman at Kwara State University, told DAILY POST that the entire economy of Molete, a community where the school is located, depends solely on the school.

The idea of school being a means of economic development is further buttressed by the frenzy by lawmakers to create federal universities in their constituencies.

In the National Assembly, there are over 70 bills seeking the establishment of federal universities.

Some lawmakers even campaign with the promise of establishing a university in their respective constituencies.

Aside from the lawmakers, both Goodluck Jonathan and Muhammadu Buhari established universities in their respective villages during their administrations.

Jonathan established the federal university Otuoke, Bayelsa State, while the newly approved university of transportation is to be located in Daura, Katsina State.

According to Lateef Yusuf, an economist, universities bring huge economic prosperity to communities where they are located.

“The purchasing power of students is significant. For instance, some schools have as many as 35,000 students, that is, regular, part-time and postgraduate students. Okada riders in some communities depend on students for survival. And most of these students come from outside the community, so when there is a long lockdown, these businesses suffer tremendously,” he said.

He noted that it would be hard to ask the government to provide some sort of palliatives for these businesses.

“Federal universities are about 50, then you have those State varsities that joined the strike. That is why in my opinion, it will be hard to imagine the government providing the needed palliative,” he said.