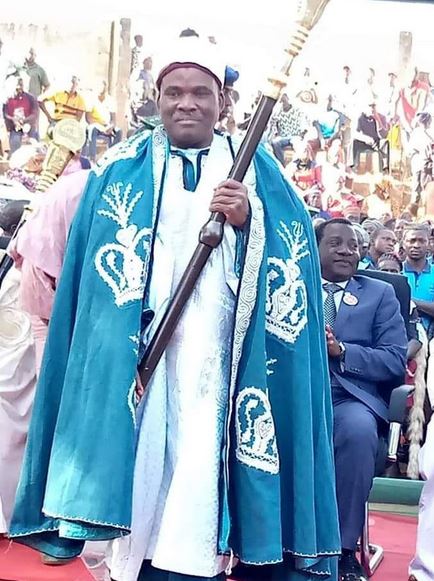 A traditional ruler in Tal Chiefdom of Pankshin Local Government Area of Plateau State has been abducted by unknown gunmen.

HRH Yusuf Nanleng Gutus, the Ngolong Tal (a third class monarch), was kidnapped at about 1am on Monday, September 26, 2022.

A resident of the Chiefdom said the abductors are yet to contact the family.

Prince Dakup Ezra, Member Representing  Panshin South State Constituency, called for calm on the issue, saying that the safe return of the chief is paramount.

He called on the people of the chiefdom and the constituency in general to go about their normal businesses and refrain from any act of provocation or taking the law into their own hands.

Spokesperson of the State Police Command, Alabo Alfred, confirmed the incident, adding that investigation was ongoing. 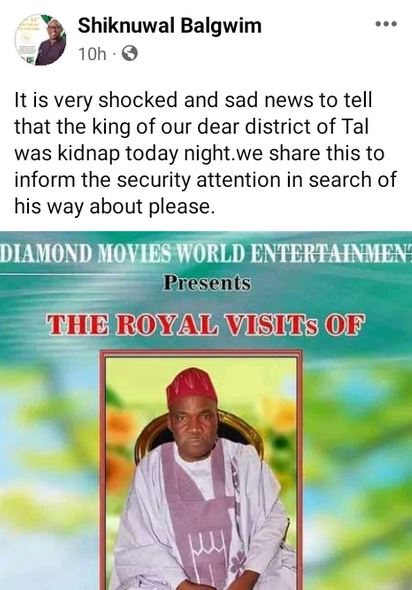